The nRF21540 EK is an Arduino Uno Rev3 compatible shield that can be used together with Nordic nRF52 or nRF53 Series DKs or other devices. It can connect to lab equipment via SMA connectors to monitor the nRF21540 RF FEM's performance.

Hardware layout and schematics are available under the Downloads tab.

The recording of the Introduction to the nRF21540 RF FEM for range extension webinar is now available on-demand: 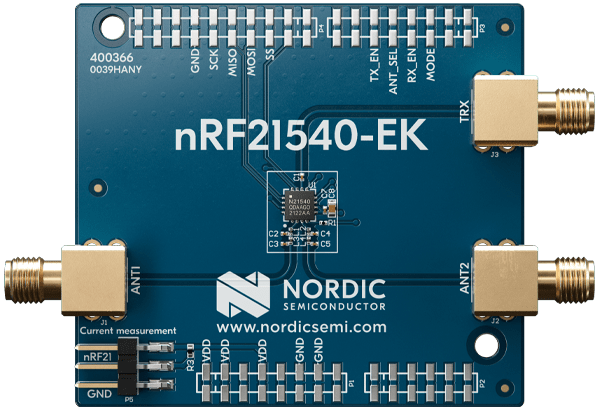 Buy now
Ask us about this

Can be used with nRF52 and nRF53 Series DKs, as well as other devices

ANT1 and ANT2 ports (SMA) for antennas or lab equipment