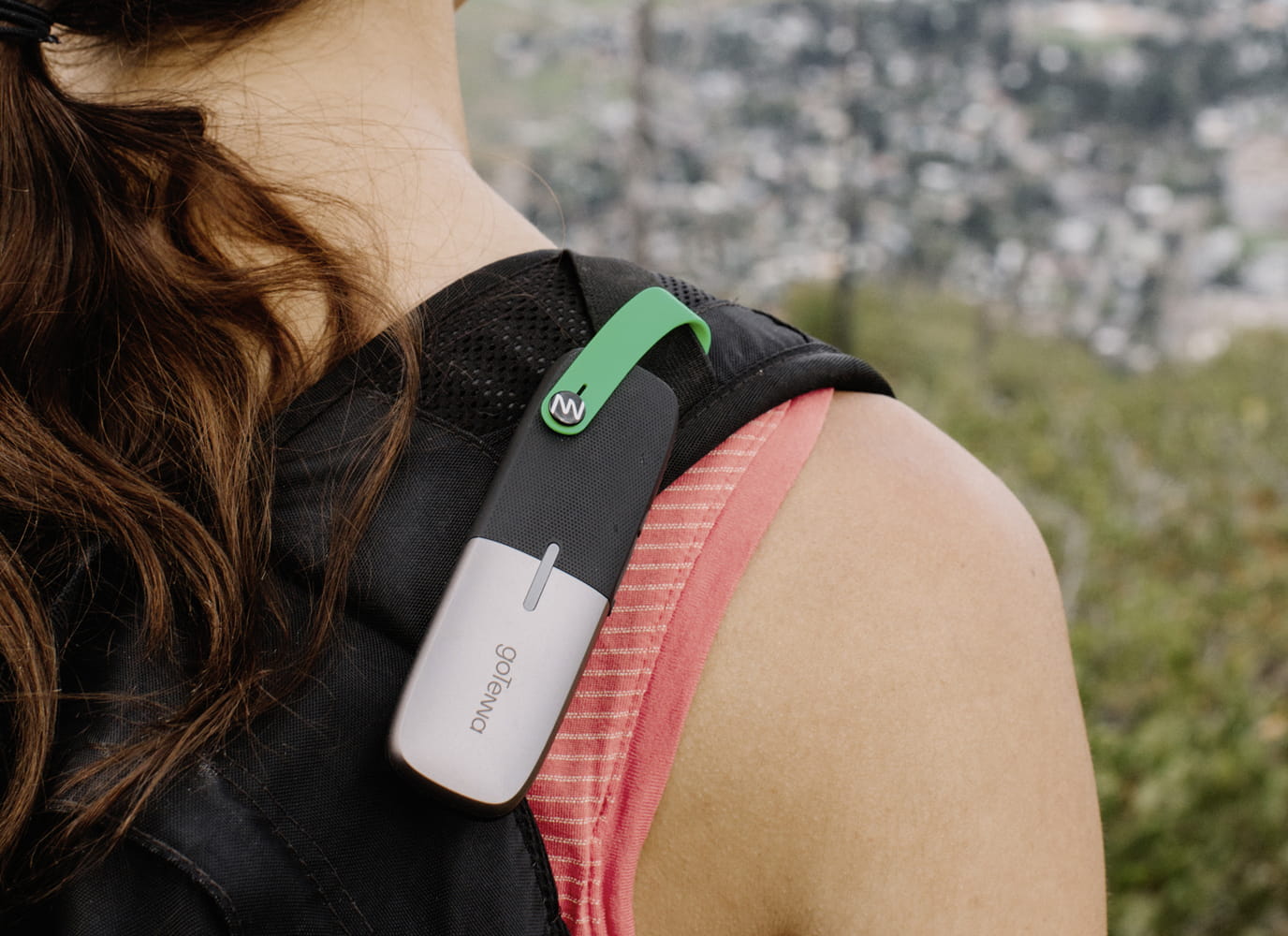 The ‘goTenna Mesh’ and ‘goTenna Pro’ employ Nordic’s nRF52832 SoC to provide wireless connectivity allowing users to send SMS and GPS data from their smartphone when no cellular signal is available.

In operation, the goTenna devices connect with the user’s iOS and Android Bluetooth 4.0 (and later) smartphone―using Bluetooth LE wireless connectivity powered by the Nordic SoC―enabling them to share GPS locations, and communicate with other users using SMS, over a range of several kilometres via the goTenna app, without the need for any centralized communications infrastructure. From the app, users can start a ‘chat’ with an individual or group, using the Bluetooth LE link between the smartphone and goTenna. The goTenna then broadcast the information publicly to any other goTenna user within range. The device also allows the use to download local maps which can then be transferred to the smartphone allowing the user to consult later offline.

The goTenna Mesh is a 1W UHF digital radio weighing only 48g, designed for general consumer use, and said to be the first 100 percent off-grid, long range, mesh network solution. Powered by ad hoc reconfigurable networking protocols, the device automatically relays messages between users, creating a network which gets stronger the more people join it.

The goTenna Pro is designed specifically for mission critical applications such as defense, public safety, and industrial environments, but is lighter, smaller, less expensive, and more energy efficient than competitive tactical radios. The goTenna Pro transmits at 5W, and is tunable to both UHF and VHF frequencies. The goTenna ad hoc mesh networking protocol can cognitively sense each frequency to avoid interference and to ensure communications always get through even in rough terrain.

“We have had previous experience working with Nordic on our first product and at that time we chose Nordic because it had the most power efficient chip we could find,” says Jorge Perdomo, Co-Founder and Vice President of goTenna. “When goTenna was making the decision about what chip to use for future devices we were specifically interested in Bluetooth 4.2 because of our higher throughput requirement. Nordic was the first company to bring a Bluetooth 4.2 SoC to market, and this greatly influenced our decision to use the company’s technology.

“Another important factor in our decision to partner with Nordic was the robustness of the SoftDevice [Nordic’s Bluetooth LE RF protocol software] and the flexibility of the company’s Software Development Kit [SDK],” continues Perdomo. “The SoftDevice and SDK accelerated our development because we could skip some of the lower level configurations that can often cause issues and more rapidly progress to our application specific software development.”