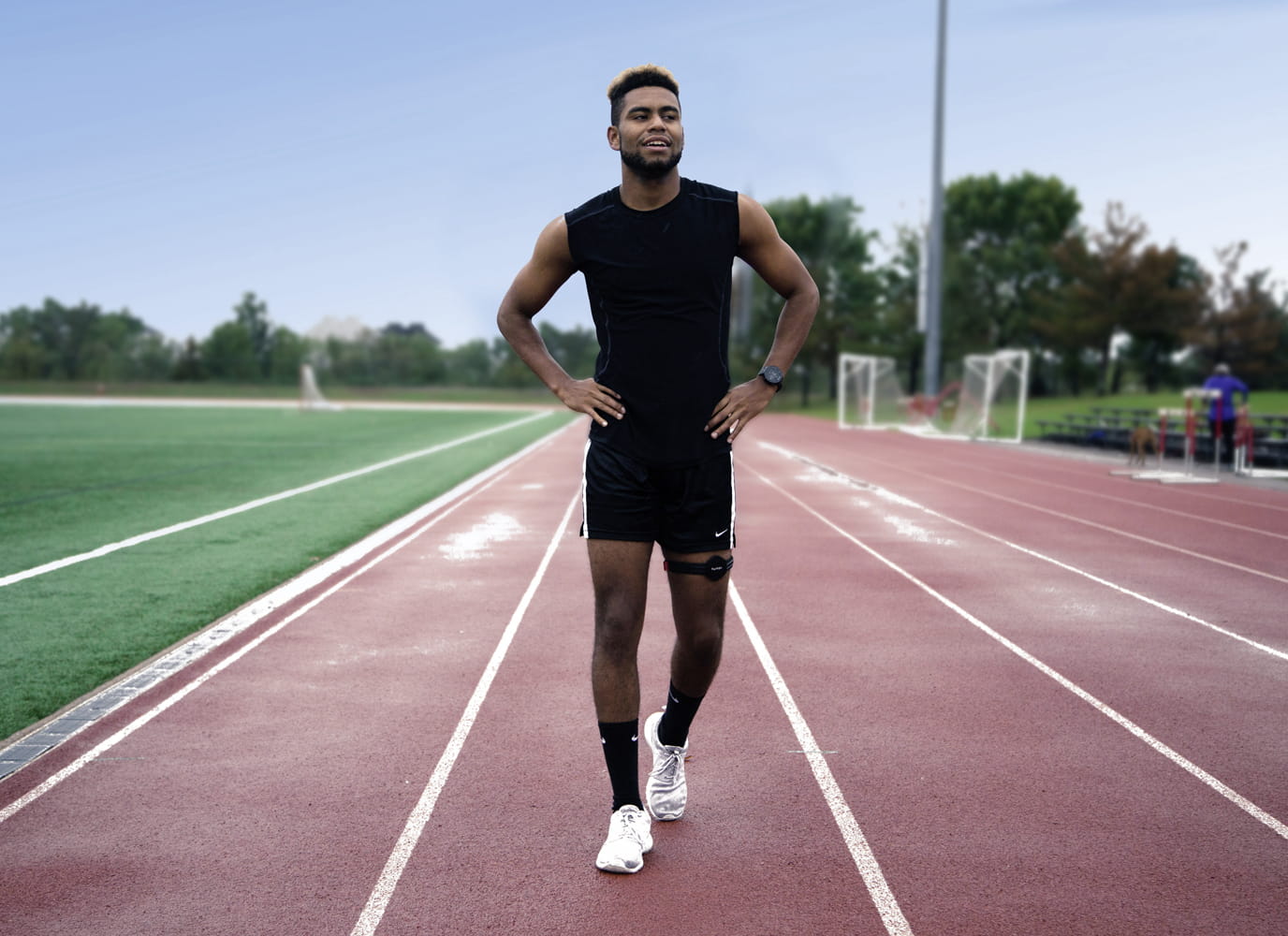 The Humon Hex helps people engaging in endurance sports or interval training improve their performance by employing near-infrared spectroscopy to measure the way their muscles are using oxygen, providing real-time feedback on when and how hard to push themselves. The water resistant device is strapped to the user’s thigh―the largest muscle most commonly exerted during athletic activities―from where LEDs emit light into the muscle tissue, and detectors measure the intensity of light that propagates through the muscle, allowing the calculation of the muscle’s hemoglobin saturation, a key metric in ensuring appropriate exercise intensity.

The data is processed in real-time by Humon proprietary algorithms, and using the nRF52832 SoC’s Bluetooth LE or ANT+ wireless connectivity, syncs to the user’s Bluetooth 4.0 (and later) smartphone, tablet, or compatible Garmin watches. The generated metrics instantly inform the user when they are exerting themselves within the limits of their threshold and are not in danger of ‘hitting the wall’, or if they need to reduce the intensity of their workout if there is a large deficit of oxygen in their muscles.

In the absence of a receiver, data is stored on the device and can be downloaded at the next opportunity to the Humon app on the user’s smartphone or tablet for a post-workout performance analysis.

After this experience, we see Nordic Semiconductor as an organization that we will consider on every new design in the future

Weighing only 32g and with a 60.5 by 57 by 13.8mm form factor, the Humon Hex employs a wirelessly rechargeable Li-Poly battery that provides up to 12 hours of continuous operation, or two weeks of workouts, between recharges, thanks in part to the ultra low power consumption of the nRF52832 SoC. The nRF52832 SoC has been engineered to minimize power consumption with features such as the 2.4GHz radio’s 5.5mA peak RX/TX currents and a fully-automatic power management system that reduces power consumption by up to 80 percent compared with Nordic’s nRF51 Series SoCs. The result is a Bluetooth LE solution which offers 58 CoreMark/mA, up to twice as power efficient as competing devices.

“As a core part of our design, we needed to have both Bluetooth LE and ANT+ in our design, and Nordic provides superior integration over other competitors when it comes to integrating ANT+,” says Evan Demers-Peel, Senior Hardware Engineer, Humon. “This on top of all other functionality—the large Flash memory size, the large RAM—is why we chose the nRF52832 for the design of the Humon Hex.

“After this experience, we see Nordic Semiconductor as an organization that we will consider on every new design in the future.”