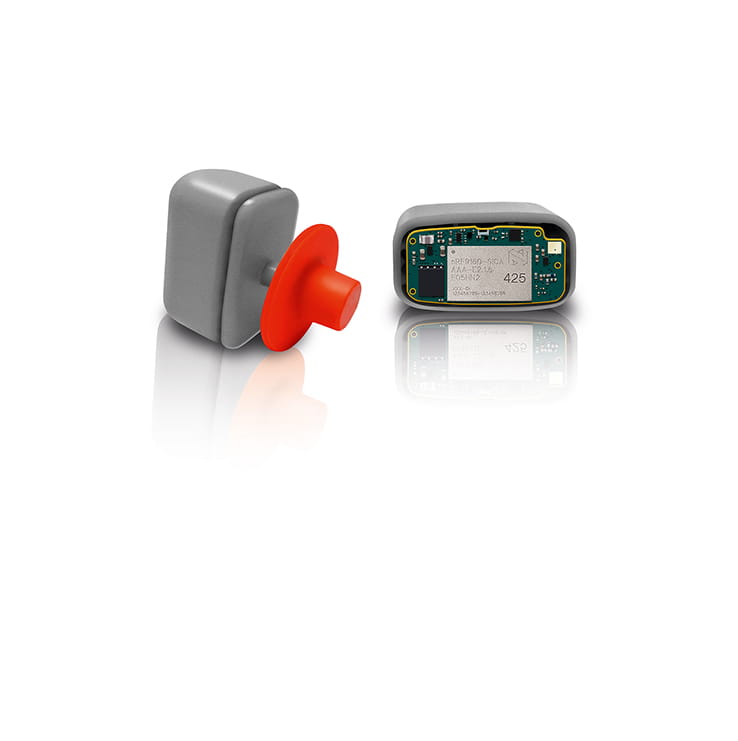 The Anicare Healtag can be attached to an animal’s earflap like a traditional livestock ear tag, with a maintenance-free battery life of up to five years

Developed by Finnish startup, Anicare, the ‘Healtag’ tracker autonomously measures different vital functions for up to five years. Data is sent to the Cloud for access via a smartphone app so that injured or ill animals in the wild can be automatically identified for rescue

Nordic Semiconductor today announces that its nRF9160 System-in-Package (SiP) LTE-M/NB-IoT cellular IoT module is being employed in an IoT-enabled herding livestock management solution developed by Finnish startup, Anicare, called the Anicare ‘Healtag’.
Anicare Healtag is designed to insure farmers of commercially-bred reindeer and other herding animals against the financial loss and livestock welfare issues associated with undetected illness or injury of herding animals that spend most of the year roaming in the wild.
Around 600,000 reindeer are reared in Lapland and Scandinavia each year where reindeer meat — which is worth around € 1,000-1,500 per reindeer —  is extremely popular with demand from other parts of the world also growing. And in Anicare’s home country of Finland, for example, if a reindeer-farmer can prove one of its herd was killed by a wild predator such as a wolf or bear, the Finnish government will compensate that farmer financially for that loss.
Anicare says Healtag is also a significant improvement over existing herding animal trackers that are so large they have to be hung from the animal’s neck, and consume so much power that their batteries have to be replaced every year which is not only expensive and time consuming for the farmer, but also highly stressful for the animal.
In contrast, by employing a highly-miniaturized, low-power Nordic nRF9160 SiP, the 25g, 35 x 22 x 23-mm Anicare Healtag is small and light enough to be attached to an animal’s earflap like a traditional livestock ear tag, and offers a maintenance-free battery lifetime of up to five years which means the tag only needs to be attached once to the animal during its lifetime.

The all-in-one module integration of the nRF9160 SiP meant we didn’t have to worry about having separate application processor, antenna, GPS, and NB-IoT circuits that would have required a lot of supporting components and thus PCB space

Aki Marttila, CEO of Anicare
In operation, the Anicare Healtag autonomously measures a herding animal’s activity (using an accelerometer) and heat (using a thermal sensor) once every hour, and uses the latest NB-IoT cellular wireless technology to report of any significant changes that would tend to indicate either illness, injury, or predator attack. This includes using the Nordic nRF9160 SiP’s built-in GPS functionality to send the exact location of a distressed animal to its owner immediately, enabling rapid rescue and treatment. And Anicare says that in terms of coverage, the latest NB-IoT cellular wireless technology deployed throughout Northern Europe ensures cellular data communication remains possible even in areas with no 2G cellphone coverage.
“The all-in-one module integration of the nRF9160 SiP meant we didn’t have to worry about having separate application processor, antenna, GPS, and NB-IoT circuits that would have required a lot of supporting components and thus PCB space,” comments Aki Marttila, CEO of Anicare. “And because the nRF9160 comes module-certified for cellular networks globally we didn’t have to worry about gaining any regulatory approvals either.”
In fact at just 10 x 16 x 1mm in size, the nRF9160 includes everything a cellular connection and IoT application needs beyond requiring just an external battery, SIM, and antenna. To achieve this ultra-high integration Nordic partnered with Qorvo to make a ‘System-in-Package’ (SiP) that more closely resembles an integrated chip than a module. The SiP includes a powerful application processor (Arm Cortex M-33), standard microcontroller peripherals, and enough chip-integrated memory to execute IoT applications with edge computing. Yet this is not achieved by sacrificing on-air performance: the nRF91 is capable of delivering class-leading output power (+23 dBm) and sensitivity – vital for its GPS support.
“The commercial challenge for herding livestock farmers is that they have to manage hundreds or thousands of animals and the loss of even a few of these animals can significantly reduce or even eliminate already slim profit margins,” comments Geir Langeland, Nordic Semiconductor's Director of Sales & Marketing. “This makes IoT-enabled herding livestock management solutions particularly attractive to them as a way to protect profits and minimize any illness or injury-induced suffering of their animals.”
The Anicare Healtag will be commercially available from September this year.
SHARE