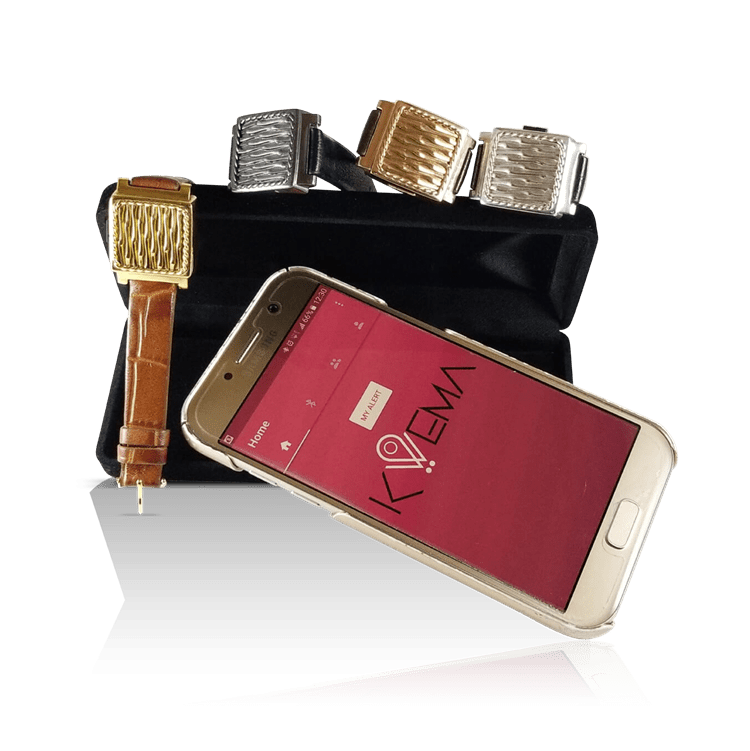 The nRF52832 SoC’s Bluetooth Low Energy wireless connectivity links the jewelry with Kwema’s companion app on the user’s Bluetooth 4.0 (and later) iOS or Android smartphone. By pressing and holding a button on the device for three seconds, wearers can alert an unlimited number of pre-selected smartphone safety contacts, such as family and friends, of their precise GPS location in an emergency.

When Internet connectivity is not available the app sends a text message via the cellular network ensuring ‘guardians’ still promptly recieve the emergency notification and GPS location. In addition, users can employ an optional feature on the app that locates and immediately alerts other members of the Kwema ‘community’ who are within 500 meters.

Remaining dormant for extended periods and supported by the Nordic SoC’s ultra low power consumption—a result of key SoC features such as the 2.4GHz radio’s 5.5mA peak RX/TX currents, microamp average current and a fully-automatic power management system—Eve and Pacific Ocean both provide CR1220 coin cell battery life of up to one year and beyond.

Long battery life is an important feature of our product. We didn’t want our users worrying about constantly charging another device – even more so a device that could save their lives. The Nordic SoC helped us achieve this requirement.

“Long battery life is an important feature of our product. We didn’t want our users worrying about constantly charging another device – even more so a device that could save their lives. The Nordic SoC helped us achieve this requirement,” says Carmina Santamaria, Kwema CEO.

“Another important reason for choosing Nordic’s solution was because the development tools allowed us to focus on our application code while having confidence that the SoftDevice would look after the Bluetooth LE protocol.

“The tools, and the engineering team’s familiarity with Nordic SoC-based Bluetooth LE modules, allowed us to go from the prototyping phase to market much faster,” says Santamaria. “And we couldn’t have been happier with the responsiveness and willingness of Nordic technical support to help us get our designs ready for prototyping and manufacturing.