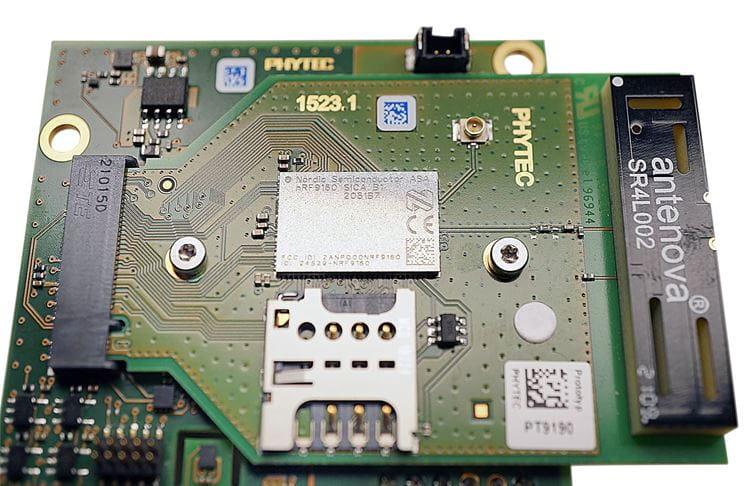 A new smart sensor system developed by Germany-based IoT technology startup, BeST SENSOR, is designed to monitor the emptying of vehicle wastewater tanks. The ‘BeST Sensor Pump Monitor JROV2201’ monitors wastewater pump usage and provides a real-time overview of the status of connected pumps as well as an automatic compilation of all flow events.

The product comprises a temperature, moisture and pressure sensor, plus an accelerometer and orientation detector. Once the device is mounted on a pipeline between a pump and the container to be filled or emptied, the system can be used to monitor and record the pumping process and evaluate the quality of the procedure using a proprietary algorithm performing pattern recognition.

An encoded assessment of the state of the pump is transmitted wirelessly via Nordic’s nRF9160 SiP-enabled LTE-M/NB-IoT cellular IoT to a connected MQTT broker, which in turn relays the message to a Cloud server for further processing and reporting.

The SiP provides a real-time operating system (RTOS) with multi-tasking, extensive support with driver software for additional components such as sensors and LEDs, and open source components

Developed in conjunction with BeST SENSOR’s design partner, Phytec, the complete system comprises from a single pump monitor or a combination of up to several hundred units with LTE-M or NB-IoT coverage across Central Europe. The unit does not require any wired connection or additional electrical power supply.

As part of a pilot project for German railway operator, Deutsche Bahn, the pump monitoring system is currently being used at four train depot stations across Germany to monitor the disposal of wastewater tanks on high-speed trains and prevent disruption caused by tanks not being completely emptied. Edge computing is performed on the nRF9160 SiP to analyze the disposal flow, with the information then relayed to a Cloud platform via LTE-M.

“Aside from the LTE-M and NB-IoT connectivity, key features of the nRF9160 SiP are its ultra low power consumption in standby mode with instant wake-up after interrupt, sufficient memory and processing power to integrate signal processing and pattern recognition algorithms that run in real time, and the integration of on-board interfaces such as I2C,” says Oliver Völckers, Co-Founder of BeST SENSOR.

“From a software perspective, the SiP provides a real-time operating system (RTOS) with multi-tasking, extensive support with driver software for additional components such as sensors and LEDs, and open source components. The development environment is available for Linux, macOS, and Windows.”

The BeST Sensor Pump Monitor works maintenance-free for up to three months before its six 7.2 V, 2000 mAh, AA Ni-MH batteries need to be recharged or replaced. This longevity is achieved thanks in part to the class-leading power consumption of the nRF9160 SiP, which features PSM and eDRX power-saving enabling it to sleep for longer periods of time, and offers up to 15 year battery life in cellular IoT applications.