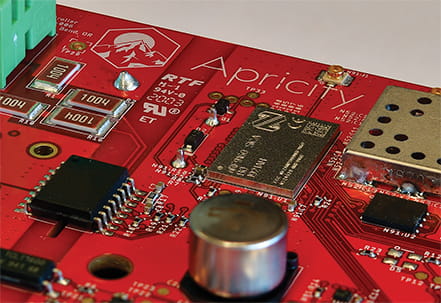 Domestic water heaters are estimated to be responsible for up to 20% of power usage per house in the U.S. By using a cellular IoT LTE-M wireless water heater controller they can be selectively switched on and off during the day in an optimized way

Nordic Semiconductor today announces that U.S. engineering and product design agency, Apricity, is helping multiple power utilities in pilot field studies throughout the U.S. to avoid having to rely on firing up environmentally-polluting auxiliary power stations to meet prime time demand. This is done using the ‘Apricity Ara’ cellular IoT and proprietary wireless mesh domestic water heater controller.
The Apricity Ara employs both a Nordic nRF9160 multi-mode LTE-M/NB-IoT System-in-Package (SiP) and Nordic nRF52840 System-on-Chip (SoC), with the entire application running on the nRF9160’s 64 MHz Arm® Cortex™-M33 application processor with 1 MB of Flash and 256 KB of RAM memory.
In operation, an Apricity Ara is attached in-line with the power supply of each water heater. This allows the heater to be controlled remotely by the local power utility using the LTE-M version of cellular IoT wireless technology. This results in the water still remaining near optimal temperature but unnecessary electricity consumption during peak periods is minimized. This avoids spikes in demand that can greatly increase the cost and inefficiency of running local power grids, and avoid extra power plants being brought online to meet demand during peak periods.

Jacob Betcher, Apricity
However, as some water heaters were located in environments with poor LTE-M coverage such as basements, Apricity found it also had to support the cellular communications with a proprietary wireless mesh. This enabled any Ara unit with no cellular service to communicate with any other Ara that had good cellular reception and continue to be controlled by the utility.
“In the U.S. tanked water heaters are often installed as always-on devices with no user- or demand-based control and so they continually consume energy reheating the water,” explains Apricity COO, Jacob C Betcher. “During times of peak electricity demand, asking dormant hot water heaters to temporarily reduce their energy consumption is a very effective power load reducing method. With some simple local monitoring, it is possible to allow water heaters in-use to continue heating, while reducing standby heating of water heaters not in use.”
Betcher continues: “Hot water tanks are in effect an energy storage medium and by making a large number smart you are effectively creating a huge energy storage tank. You can ‘charge’ this in a much more optimal way if allowed to have some control over which times of day the tank is actively heating stored water.”
“It’s also important to note the reliability of our solution,” adds Apricity Engineer, Evan Biskey. “While non-cellular wireless water heater controllers do exist, they are an order of magnitude less reliable. And why they haven’t been popular before now with utilities is that the utilities found themselves having to not only set-up and install, but also maintain the wireless connection on an on-going basis because there would always be some kind of gateway that could periodically go down. Part of the reliability of cellular comes from the fact it requires no gateway to connect and leverages the strong existing commercial cellular networks.
“This enabled us to make our solution ‘fit and forget’ and is why we included a proprietary mesh capability to supplement the cellular connectivity and push the reliability uptime figure as high as possible.”
Apricity claims that it knows of no other company in the world developing such a dual cellular-proprietary mesh solution, or any other solution that will reach the price point it thinks the Apricity Ara can achieve in volume (hundreds of thousands of units).
“One of the biggest challenges in the energy industry is that local power grids can’t store excess energy and have to buy-in expensive power from other grids to meet peak demand to avoid brownouts and blackouts,” comments Geir Langeland, Nordic Semiconductor Director of Sales & Marketing. “What this application demonstrates is how cellular IoT can be used spread demand out and reduce energy consumption and costs for both consumers and utilities. And in this application example, help avoid having to fire up environmentally-polluting auxiliary power stations.”
SHARE 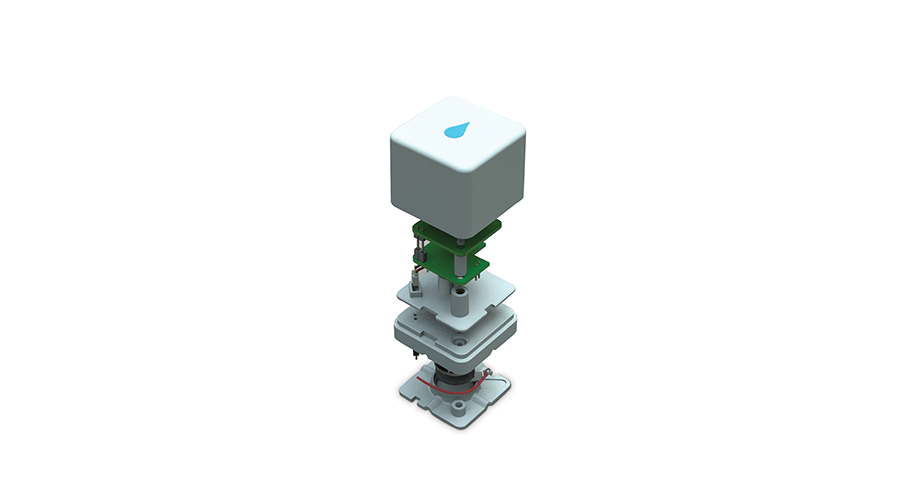 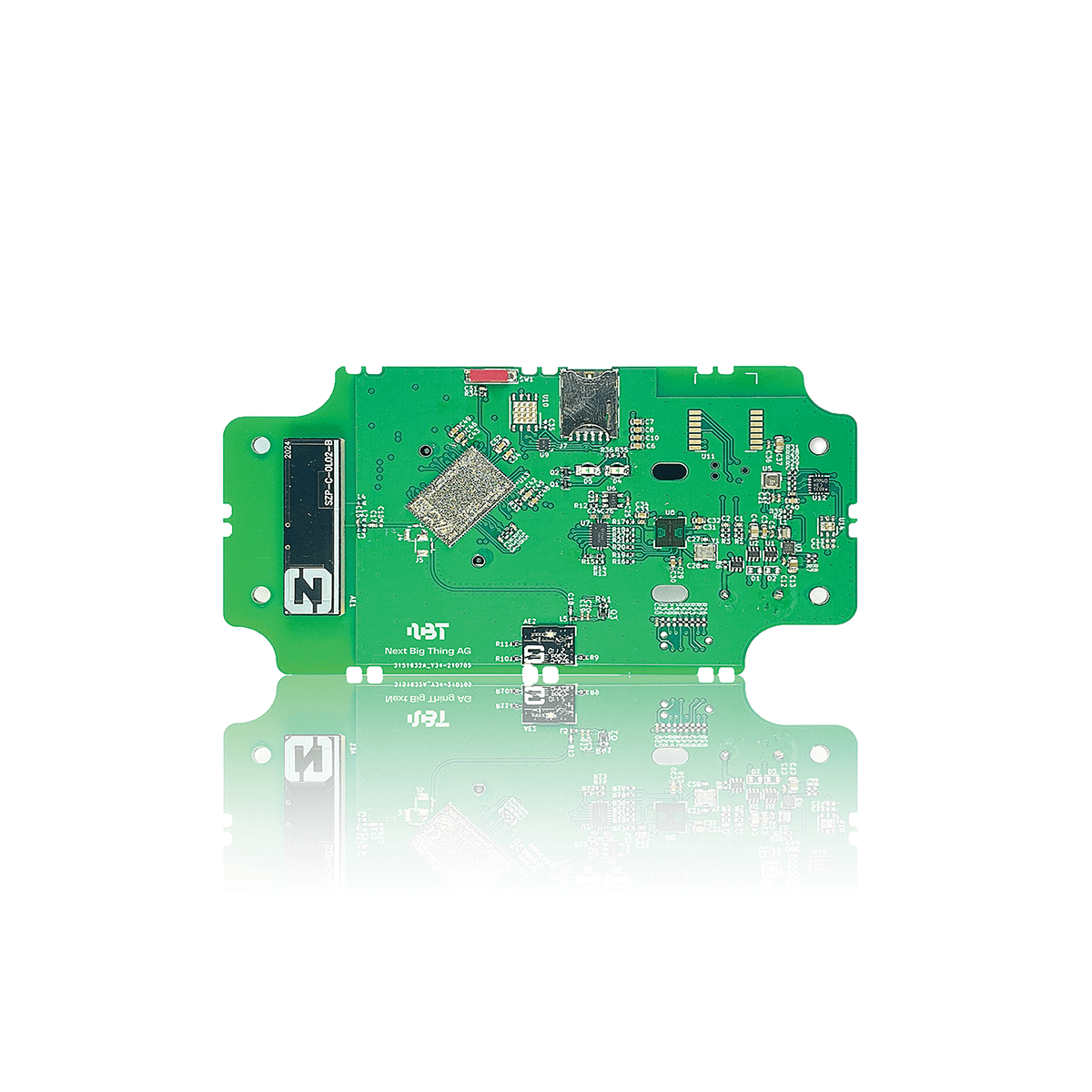 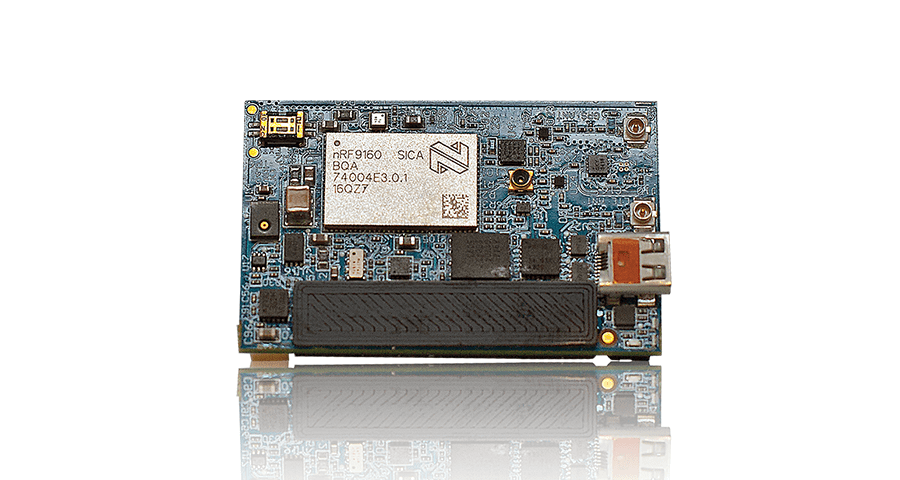