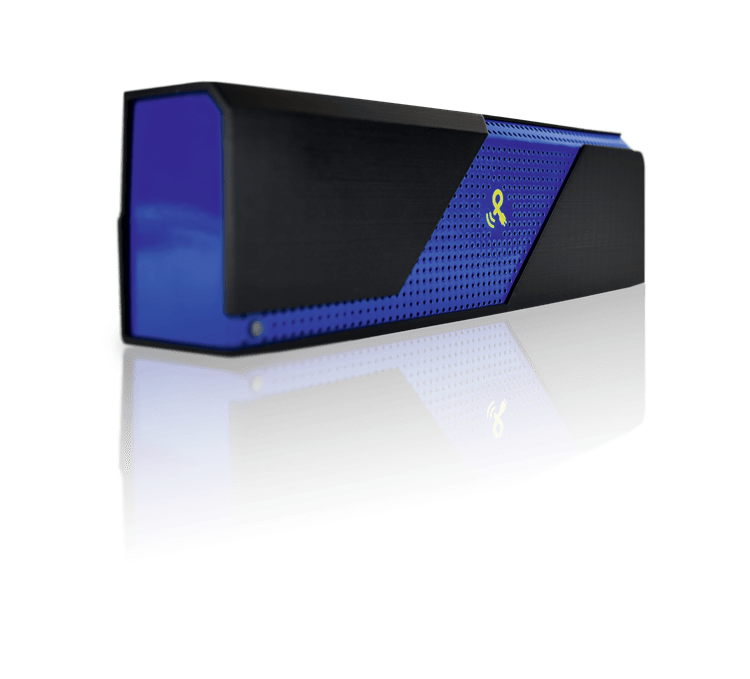 The Powerharvester solution consists of a proprietary converter chip and a boost converter chip that once integrated in end devices, harvest intentional energy from the PowerSpot wireless transmitter as well as anticipated and ambient RF energy from other RF sources. The chips then convert that energy to DC power that can then be used to charge batteries or directly power the enabled devices.

Acting as the main ‘brain’ of the PowerSpot TX91503 wireless transmitter, the 32-bit Arm® Cortex® M0 CPU-powered Nordic nRF51422 SoC makes the transmitter ‘smart’, configurable, and controllable. For example, it configures and controls the transmitter’s 915MHz oscillator/PA subsection that feeds the power antenna and turns off the transmitter when wirelessly-connected devices are fully charged. The nRF51422 SoC also provides Bluetooth LE wireless connectivity for communication between the user’s end devices and the transmitter to monitor the battery staus of connected devices. This Bluetooth LE wireless connectvity also allows the user to employ a Bluetooth 4.0 (and later) smartphone or tablet to remotely monitor device charge levels and set timers for the transmitter to charge devices during certain periods, for example overnight, via Powercast’s iOS or Android companion app.

The PowerSpot wireless transmitter automatically powers enabled devices it detects within its charging zone and stops charging when no devices are within range. According to the company, the wireless transmitter can charge and power smaller, less power hungry devices—such as smart cards and basic sensors—at distances up to 24 meters while for more power hungry devices like game controllers, headphones, and smartwatches, the most suitable charging range is typically within 30cm. The transmitter itself can be mains- or USB-powered, so the ultra low power consumption of the nRF51422 SoC was important to keep the temperature of the 915-MHz subcircuit low, and enhance the efficiency of wireless power transmission.

“Rather than needing a separate microcontroller and Bluetooth LE radio, we leveraged Nordic’s highly-integrated hardware and SoftDevice to do everything in a single chip for a much simpler design with elegant circuitry,” says Eric Biel, Principal Engineer at Powercast. “We also needed low power consumption, and here again the Nordic SoC excelled.

“Finally, the pricing and availability of the nRF51422, along with Nordic’s hardware and software support, allowed us to accelerate the development schedule.”