The nRF Pynrfjprog is a Python package providing a simple Python interface for the nrfjprog DLL.

The package provides Python bindings for the nrfjprog DLL and is an excellent tool to use in a Python application test environment. It gives you all the functionality needed for properly testing the functionality of the nRF51, nRF52, nRF53 and nRF91 Series devices. 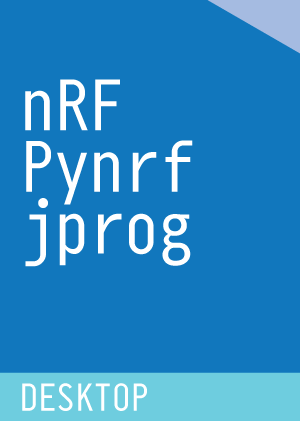 Main changes in this version

Main changes in this version

- (OSXRelease) Fixed issue where OSX release contained a tar ball with the same name as the parent tar ball.