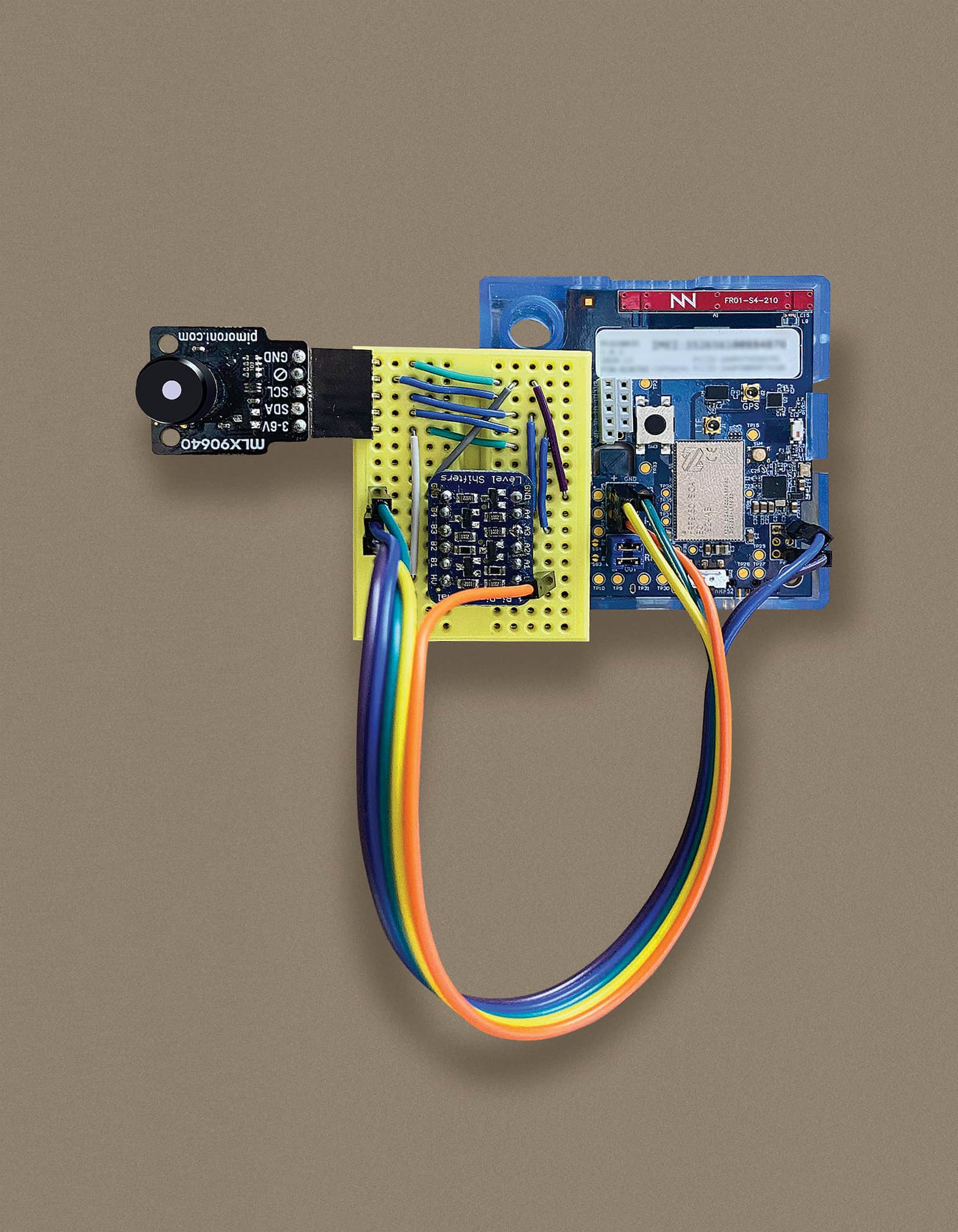 An NB-IoT based environmental monitoring device for smart city applications, an LTE-M thermal sensor detecting kitchen activity, and an LTE-M ride sharing/pooling solution have been named as the winners of a design contest supported and sponsored by Nordic Semiconductor.

The ‘Make it Smart with Nordic Thingy:91’ contest—launched in conjunction with the maker, hacker, and hobbyist community website, Electromaker—called on participants to plan, design, and prototype cutting-edge cellular IoT projects for smart homes and smart cities. Participants were provided with Nordic Thingy:91 prototyping platforms to help realize their innovative ideas. The Nordic Thingy:91 is an easy-to-use battery-operated prototyping platform for cellular IoT using LTE-M, NB-IoT, and GNSS. It is ideal for creating Proofs-of-Concept (PoC), demos, and initial prototypes in the IoT development phase. Participants could also incorporate machine learning (ML) on their edge device to process data and train their ML models with the help of Edge Impulse studio.

I found the Nordic Thingy:91 to be the ideal kit for bringing my idea into reality as it integrates all the necessary sensors with cellular IoT connectivity

A jury of experts comprised of Electromaker, Nordic, and Edge Impulse declared Md. Khairul Alam Taifur, Jens Ganzmann, and Vinoth Selvaraj the winners of The Make it Smart with Nordic Thingy:91 contest. The winners receive a share of a $3,000 prize pool. All three winners demonstrated a focus on sustainability goals.

The overall winner, Md. Khairul Alam Taifur, created a remote environmental monitoring system. Designed to be deployed in his home city of Dhaka, Bangladesh (the highest ranked city in the U.S. Air Quality Index (AQI) for the worst level of air pollution in the world), the solar-powered system encloses a Nordic Thingy:91 in a 3D printed case, and gathers a variety of environmental data—including temperature, humidity, air quality, and air pressure—before relaying the information to a remote server using the lightweight MQTT protocol. The data can be stored on the Amazon Web Services (AWS) Cloud platform for further analysis and visualized using a graphical dashboard. Data can also be accessed using Amazon Alexa through voice commands.

The judges were impressed with the project’s use of technology to highlight the issue of pollution, while also providing useful data that could be used to combat potential health issues. With more technology shifting to energy harvesting, the solution’s use of solar power as a more sustainable approach to device lifetime was considered a major bonus, the judges said.

“I found the Nordic Thingy:91 to be the ideal kit for bringing my idea into reality as it integrates all the necessary sensors with cellular IoT connectivity, while the built-in Li-ion battery saves a lot of design complexity and time,” says Taifur.

Jens Ganzmann created an activity sensor focusing on kitchen safety. The project uses an MLX90640 thermal grid sensor array and the Nordic Thingy:91’s onboard environmental sensors to detect kitchen activity such as boiling water on a gas cooking stove.

The judges were impressed by the potential lifesaving application’s focus on firmware integration and extracting the most benefit from the Nordic Thingy:91, as well as its documentation around different challenges. The solution is also designed to save energy resources like gas, for example by telling users when to turn off the stove.

Vinoth Selvaraj created a car sharing/pooling prototype system combining the GNSS capabilities of the Nordic Thingy:91 with an app built using the Flutter framework. The iNi Rider solution opens up travel to non-car owners while saving money and protecting the environment. From a technical perspective, the judges were impressed with the heavy Cloud integration and the creation of a dedicated mobile app.

Alongside the main cash prizes, Edge Impulse provided an Oculus Quest 2 as a special prize for a project showing an inventive use of ML. The winner of the bonus prize was Tai-Min who created a system that provides contactless edge ML-powered condition monitoring of a DC motor to detect and classify vibrations indicating different types of motor defects.

“Nordic Semiconductor congratulates all the winners and participants of The Make it Smart with Nordic Thingy:91 contest for their dedication to cellular IoT innovation,” says Martin Lesund, Technical Marketing Manager – Cellular IoT, Nordic Semiconductor, and a member of the contest expert jury.

“All three winners have realized not only technically ingenious ideas, but also ideas that contribute to sustainability, promote responsible consumption of resources, and reduce our footprint on the environment – a commitment Nordic certainly shares.”