Cut your losses: Tech to track goods in transit

Billions of dollars of goods are damaged during transportation each year, and someone has to foot the bill

Amazon, arguably the world’s most valuable brand, the poster child for technological innovation, and the gold standard in e-commerce, shipped an estimated five billion packages last year, according to research by investment bank Morgan Stanley. Almost half of those five billion deliveries were carried by Amazon Logistics, while the balance was shared amongst other logistics industry heavyweights, chiefly FedEx and UPS.

The might of being the world’s largest online retailer ensures Amazon runs a slick organization when it comes to eliminating inefficiencies in its supply chain. Nevertheless, according to Forrester Research, approximately a quarter of all items bought online are returned, and in the case of Amazon, 21 percent of those returns are due to the item arriving damaged. That’s around 260 million Amazon deliveries returned to sender because of damage in transit, and a not inconsiderable chunk of the almost $38 billion the company spent on shipping costs in 2019. Reducing the incidence of transit damage would save Amazon and countless other shippers a lot of money, but accidents do happen, and identifying who is responsible, and who should pay, is equally big business for insurers and their lawyers.

The main reasons for freight getting damaged in transit are usually a result of poor handling, incorrect packaging, exposure to adverse environmental conditions—for example excesses of temperature or humidity—and most commonly of all, impact. Products are dropped, collisions occur while packages are on the move, multiple items crash into one another inside their packaging. The challenge is establishing at what point in a parcel’s journey the damage occurred. After all, it will have passed through countless pairs of hands, and potentially multiple modes of transport, between the shipper’s fulfillment center and the recipient’s address. Sophisticated technology is now on hand to track goods in transit, to not only instruct where a parcel is on its journey, but also to log and report what conditions and events it has been subjected to along the way.

One solution is the use of active, battery-powered RFID tags that can function either as a beacon or a transponder. These could in theory provide live data on the location of cargo and can also support sensors that measure and transmit environmental data such as temperature, humidity and light, but require expensive infrastructure to relay the data to the Cloud. Alternatively, the data can be stored in the RFID tag’s memory, enabling access to the sensor data once a consignment reaches its destination but again cost is problematic. An active RFID tag can range from $5 to $15, and as such are typically used to track larger assets like vehicles and cargo containers, rather than individual packages.

Global Navigation Satellite System (GNSS) receivers can also be paired with sensors and a long range radio transceiver or cellular modem to enable live tracking of freight via the Cloud, but this is no more economical than active RFID, and as such is restricted to essential applications.

Cellular IoT—a LPWAN technology supported by two versions, LTE-M and NB-IoT—offers a compelling alternative. Devices based on this technology such as Nordic Semiconductor’s nRF9160 low power SiP with integrated LTE-M/NB-IoT modem and GPS, can be easily teamed with Bluetooth LE transceivers and then paired with relatively inexpensive Bluetooth LE-powered sensors. In so doing, they provide the ability to live track and monitor the condition of goods anywhere within range of one of the world’s five million cellphone towers. As the cost of such devices fall, consumers will be able to live track the whereabouts of their parcels, and the likes of Amazon will be able to see precisely where in its supply chain a package was dropped, fell, or was subjected to conditions that required it to be returned, and thereby establish the party at fault, and ultimately who will need to pay.

One company pioneering this technology is Norwegian asset tracking and monitoring specialist Meshtech. The company has released an environmental asset tracker combining cellular IoT and Bluetooth LE technologies, designed to provide perishable goods suppliers and logistics companies with end-to-end ‘live’ visibility of perishable goods in transit. The device continuously monitors environmental parameters and integrates sensors to determine whether something has been mishandled. It also tracks the location of individual shipping items, the order in which they were loaded and unloaded, and the geographical location of the entire consignment, and relays this data to the Cloud every thirty minutes. This provides proof of liability in the event of a compensation claim and allows corrective action to be taken en route to save a perishable consignment before it is spoiled. 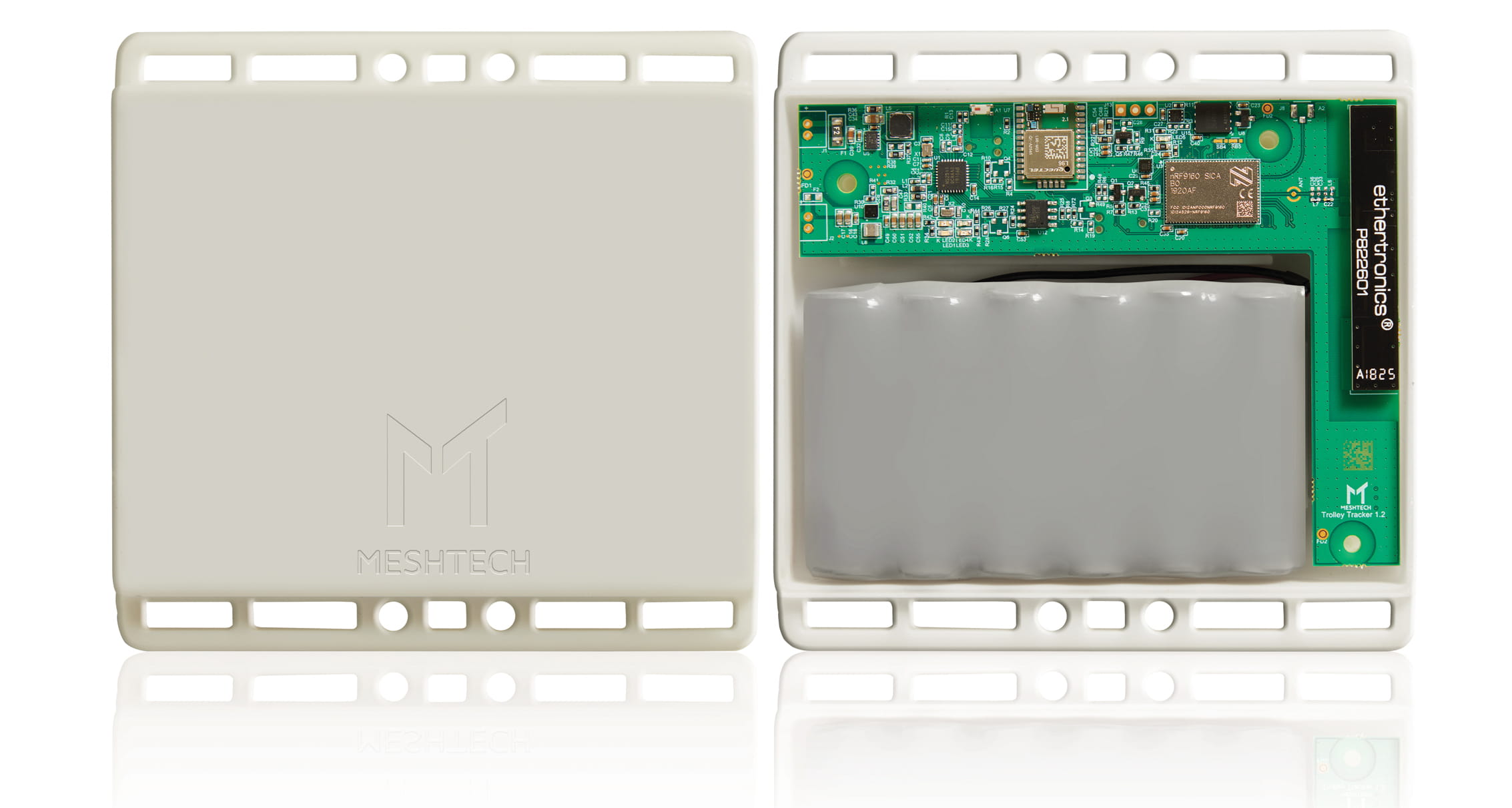 Given the scale of the issue and the billions of dollars involved, asset tracking and freight handling is emerging as a prime early adopter of cellular IoT technologies, and 2020 is proving the need more than ever. For Amazon, the COVID-19 pandemic has seen business boom amid the lockdown, leading to a 26 percent increase in sales year-on-year to $75.5 billion. With the increase in sales has come an increase in returns, but with technology rapidly catching up to the problem, it won’t be long before the multi-billion dollar blame game of goods damaged in transit has itself a solution.