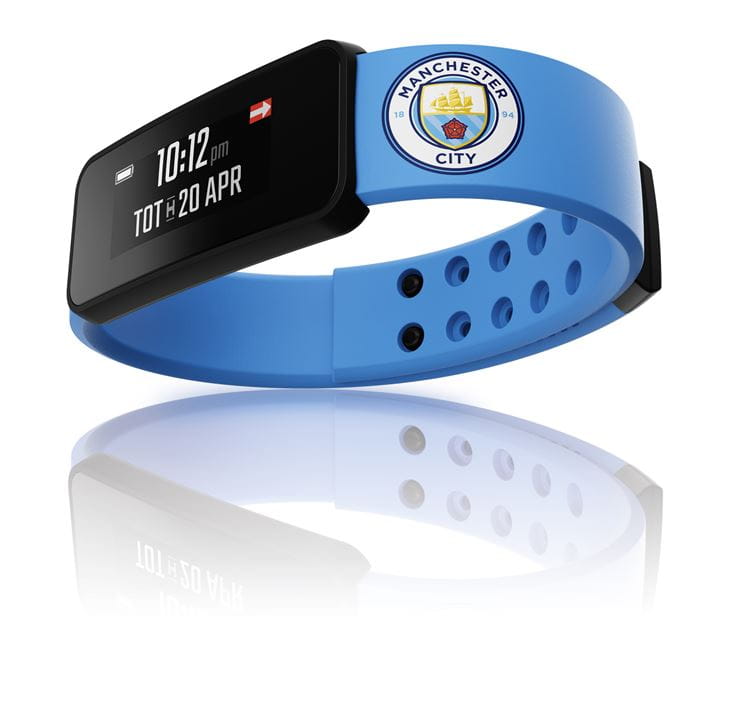 The platform includes a content management system, app, and smartband

The Fantom platform comprises a content management system, smartphone app, and smartband designed to allow developers to quickly build end-to-end wearable applications tailored to the sports market — for example, the platform has already been used to develop a smartband and app for fans of Manchester City Football Club. The platform is also launched for connected staff within retail, hospitality, factory management and medical applications.

Along with common smartband functionality including time and activity monitoring, Fantom can be developed to provide the wearer with in-game live match statistics, a countdown to kick-off time for the next match, relevant breaking news, and interactive voting on bespoke polls like player of the match awards, as well as other hands-free capabilities such as live messaging, access control, and emergency calls.

Nordic’s nRF52832 SoC provides low latency Bluetooth LE wireless connectivity between the Fantom smartband and an Android- or iOS-compatible Fantom app on the user’s Bluetooth 4.0 (and later) smartphone, which in turn allows bidirectional data exchange with any Cloud-based platform used by the professional sports club, its sponsor, or other partners.

The Fantom smartband incorporates an 80mAh battery providing approximately two days of battery life between recharge, thanks in part to the low power characteristics of the Nordic SoC. The nRF52832 has been engineered to minimize power consumption with features such as the 2.4GHz radio’s 5.5mA peak RX/TX currents and a fully-automatic power management system that reduces power consumption by up to 80 percent compared with Nordic’s nRF51 Series SoC. This battery cycle time can also be dynamically adjusted by balancing screen time based on the application.

“We initially chose Nordic’s nRF52832 SoC for its power to performance ratio, but quickly realised that the extensive firmware resources provided by Nordic are what set them apart from the competition,” says Björn Ögren, Founder and CEO of Turnpike Group.

“This was our first project with Nordic and we definitely see a strong partnership going forward. Both the community and direct support channels have been excellent, and we feel that the large user base on the nRF Series devices today really helps products like ours get off the ground.”