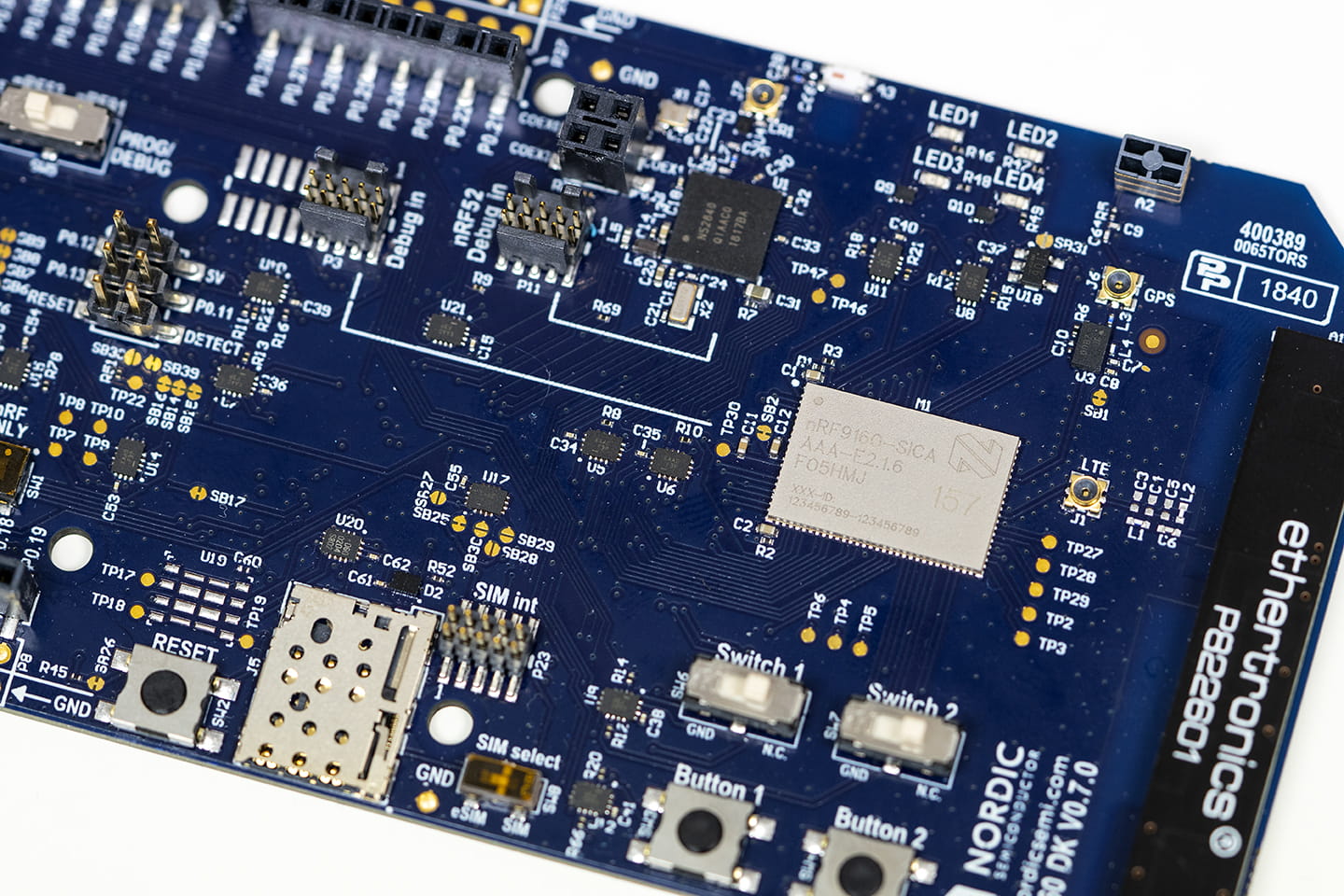 Last autumn, Telenor became one of the first mobile operators worldwide to rollout a 4G wireless technology network that supported both versions of cellular IoT: NB-IoT and LTE-M. Telenor says its IoT over 4G offers superior coverage and is safer than unlicensed networks.

“Using new technology from Nordic Semiconductor, we have developed a tool that makes it easier for developers to create good solutions that use IoT over 4G,” says Ove Fredheim from Telenor Bedrift. “The development tool is delivered with SIM cards from us. We are the first mobile phone company in the world to offer this, and we now hope that more people will have the opportunity to take advantage of the enormous opportunities the Internet of Things can provide."

Using new technology from Nordic Semiconductor, we have developed a tool that makes it easier for developers to create good solutions that use IoT over 4G

“That Nordic’s nRF9160 SiP can be used for both NB-IoT and LTE-M makes it possible to prototype and test both technologies to find out which is best for an IoT application or sensor,” says Peder Rand, Product Manager for Cellular IoT at Nordic Semiconductor. “This functionality, combined with support for GPS and the nRF9160 SiP’s small size, is unique to the cellular IoT market. The nRF9160 SiP also has the market's lowest current draw, which enables new battery-powered applications with many years of battery life.”

Telenor says the new nRF9160 SiP from Nordic Semiconductor works very well on its 4G networks with both NB-IoT and LTE-M services already having been tested by Telenor's developer environment, Exploratory Engineering. Telenor and Nordic Semiconductor are now planning to use the solution with customers and partners.

“The collaboration with Telenor is unique since they are one of the first mobile operators in the world to offer 4G network infrastructure that supports both LTE-M and NB-IoT,” adds Magnus Pedersen, Director of Sales in EMEA for Nordic Semiconductor. “It gives our customers a real opportunity to choose the technology that best suits their applications with the possibility of deploying the IoT on a large scale.”

For developers who are interested in experimenting with Nordic Semiconductor’s nRF9160 SiP, the nRF9160 Development Kit can be ordered through Telenor's Exploratory Engineering webshop.