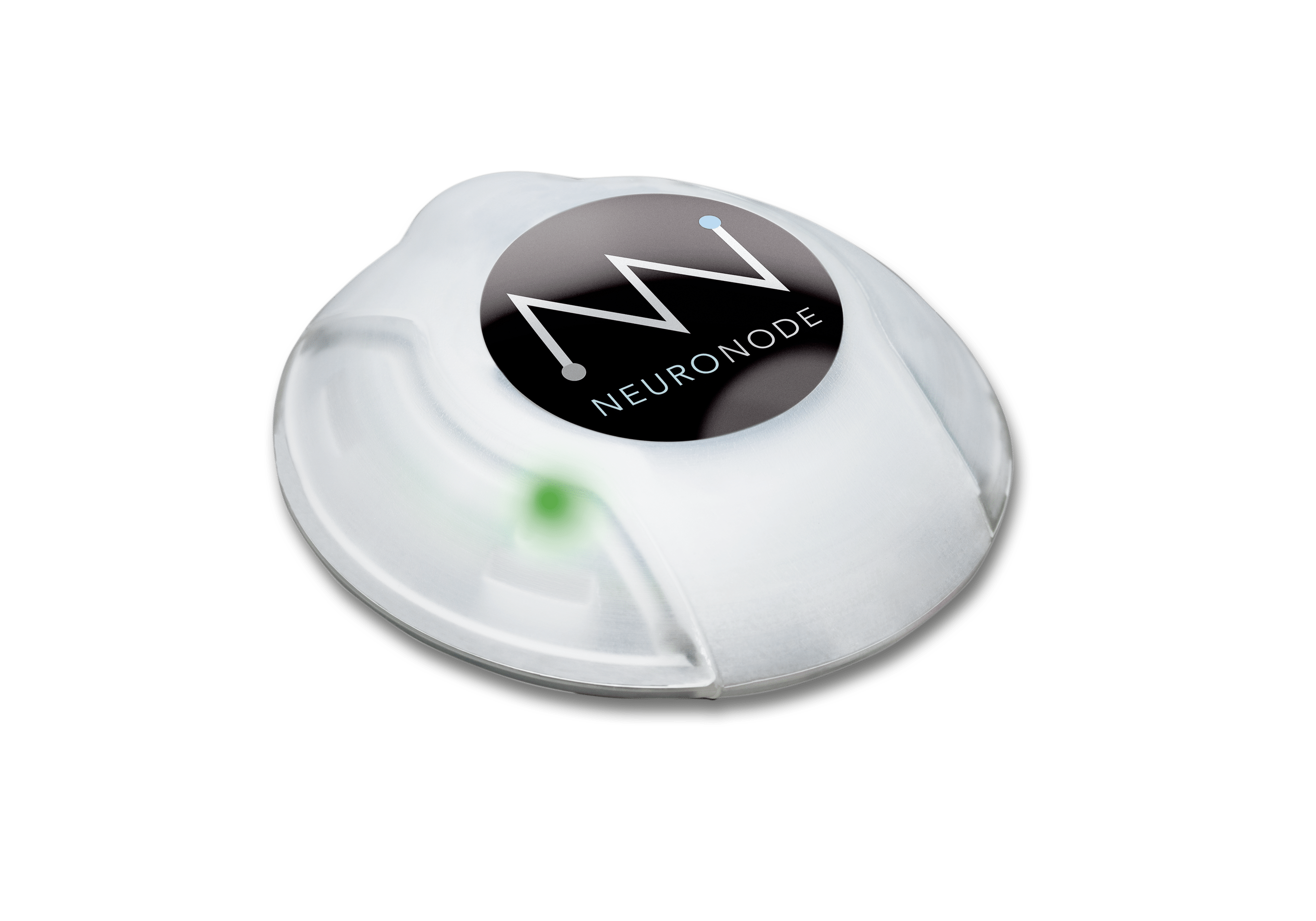 According to Control Bionics, the NeuroNode is the world’s first wearable EMG assistive technology device, giving those with amyotrophic lateral sclerosis (ALS)—also known as motor neurone disease (MND)—or any other condition causing paralysis and/or loss of speech the ability to communicate with family, friends, caregivers, and clinicians.

In operation, a small, non-invasive, medical-grade wireless sensor is placed on the skin over the muscle chosen to be the ‘switch’. When the user attempts to move that muscle, the NeuroNode interprets the signals sent from the brain to the muscle—even if there is no visible muscle movement—and uses those EMG signals to control the user’s paired computer, tablet, or smartphone.

Supported by the Nordic SoC, the NeuroNode system essentially functions as a wireless keyboard by connecting via the Bluetooth LE link to the user’s compatible device equipped with iOS/OSx, Android, or Windows. The NeuroNode works with most popular assistive scanning software such as Apple Switch Control and Google Switch Access.

By using the NeuroNode users with a disability are able to send and receive emails and text messages, play games, access social media, watch and download online entertainment, use environmental control systems, and operate external devices.

The availability of Nordic’s SoftDevice for Bluetooth radio management, along with the bootloader, meant we could concentrate on developing our application

The NeuroNode uses a rechargeable LIR2032 battery, which has the same footprint as the common CR2023 battery but enables a substantially higher discharge current. The device is five times smaller than the NeuroSwitch (Control Bionics’ legacy EMG assistive communications device) and cuts power consumption by approximately 75 percent, thanks in part to the ultra low power characteristics of the nRF52832 SoC, which has been engineered to minimize power consumption with features such as the 2.4GHz radio’s 5.5mA peak RX/TX currents and a fully-automatic power management system.

Control Bionics has also developed an iOS companion app, the ‘NeuroNode Controller’, which allows the user and clinician to customize the NeuroNode to match the user’s abilities. The customized parameters are then saved to the NeuroNode for use with other platforms making it suitable for connection to a host of other devices via Bluetooth LE.

“The availability of Nordic’s SoftDevice for Bluetooth radio management, along with the bootloader, meant we could concentrate on developing our application,” says James Schorey, Chief Technology Officer at Control Bionics.

“Our peers had said positive things about the support offered by Nordic, and that support has turned out to be superb. For example, when we were ready to apply for our FCC certification and we needed software to turn the NeuroNode into a generic 2.4GHz radio for the testing laboratory, Nordic provided a ready-made solution with online support that allowed us to take the radio test software and easily adapt it to our product.”