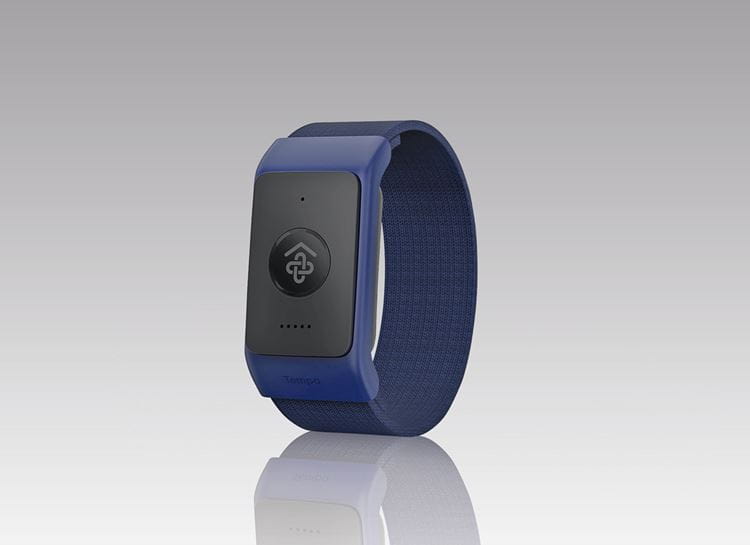 Designed for seniors or other users requiring supervised care, CarePredict says Tempo is based on the premise that changes in patterns of Activities of Daily Living (ADLs)―such as eating, drinking, bathing, grooming, teeth brushing, going to the toilet, walking, and sleeping―are an earlier indicator of upcoming declines in health than physiological measures. The wearable combines continuous, real-time observations with a machine learning platform to observe patterns in ADLs and alert on anomalies, for example if the user is failing to eat or bathe with their usual frequency.

Tempo employs a wide range of sensors including a MEMS, temperature, humidity, and light sensors. In addition, proprietary algorithms monitor specific ADLs and combine with contextual data to replace human observation for most activity and behavior patterns.

The data is transferred to communication hubs placed throughout a senior group living facility or care home, using Nordic’s 2.4GHz proprietary wireless connectivity provided by the 3x3.2mm wafer-level chip scale package (WL-CSP) variant of the nRF52832 SoC. Each hub also employs a Nordic nRF52832 SoC ensuring interoperability and allowing the data to be synced to the closest hub as a user moves throughout a facility. The hubs in turn forward the data to the machine learning back-end via the facility’s Wi-Fi network. The machine learning back-end analyzes the data for anomalies and if one is detected, an alert is raised either via the CarePredict Tempo app, the company’s web-based dashboard, or configurable text and email alerts to a caregiver’s smartphone. For example, alerts for a potential rapid decline are sent immediately, while a downward trend in meal frequency may be highlighted on a daily health and wellness report.

The only reason an elderly person need remove the device is to recharge the battery, and we wanted this to be as infrequent as possible, Battery life is immensely important and the Nordic SoC met the goal of ultra low power consumption brilliantly.

Tempo employs a rechargeable Li-Poly battery that provides between three and seven days operation between recharge, thanks in part to the ultra low power characteristics of the Nordic SoC. The nRF52832 SoC has also been engineered to minimize power consumption with features such as the 2.4GHz radio’s 5.5mA peak RX/TX currents and a fully-automatic power management system that reduces power consumption by up to 80 percent compared with Nordic’s nRF51 Series SoCs.

“The only reason an elderly person need remove the device is to recharge the battery, and we wanted this to be as infrequent as possible,” says Satish Movva, Founder and CEO, CarePredict Inc. “Battery life is immensely important and the Nordic SoC met the goal of ultra low power consumption brilliantly.”

“When we started, we didn’t know whether we would use Bluetooth LE, ANT+, or a proprietary data protocol, but the nRF52382 SoC allowed us the luxury of doing anything we wanted at the software level without having to change the hardware. Today we use Nordic’s 2.4GHz proprietary wireless connectivity, but tomorrow we have the option to move to Bluetooth 5 or ANT,” continues Movva. “This was the number one reason for selecting the Nordic SoC. The WL-CSP compact size, low power consumption, large RAM and Flash memory, and the processing power were also major reasons for selecting the Nordic product.

“It was apparent from day one that Nordic is a very different company to its competitors, and the support has been nothing short of superlative,” concluded Movva. 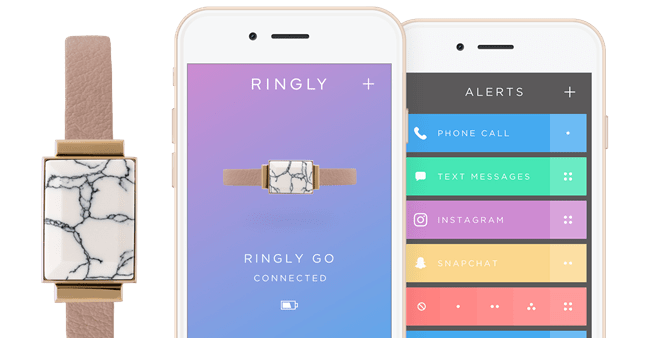