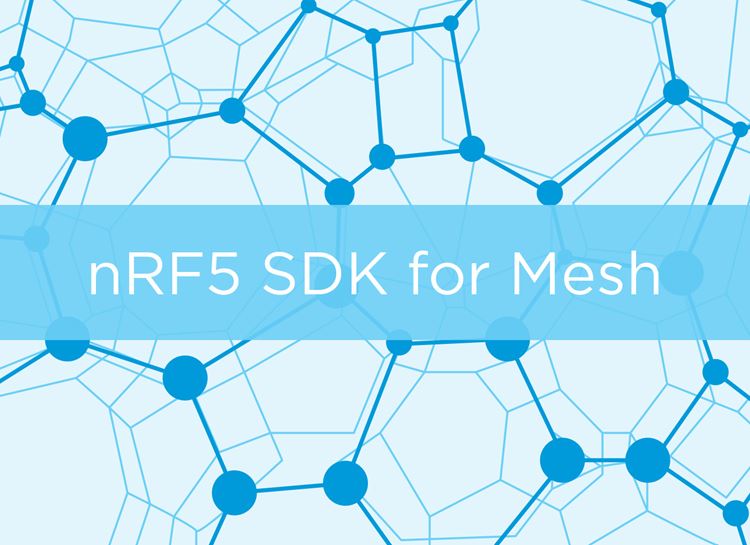 nRF5 SDK for Mesh can be downloaded from Nordic’s website and includes the company’s first release of its Bluetooth mesh software protocol (“stack”). The SDK is compatible with the nRF51® and nRF52® Series Systems-on-Chip (SOCs), and the S110, S130, and S132 Bluetooth 4.0-compatible SoftDevices (Nordic’s Bluetooth Low Energy stacks). With the nRF5 SDK for Mesh, developers who already have a Nordic nRF52 Development Kit (DK) can immediately start building Bluetooth mesh-based applications.

Bluetooth mesh is a significant development for Bluetooth wireless connectivity adding new networks capabilities far beyond the point-to-point and star topologies for which it was originally designed.

“The official adoption of Bluetooth mesh is going to have a transformative impact on the lighting sector. The industry is finally getting a wireless technology that is technically capable of delivering the qualities and services everyone has been waiting for,” says Rafał Han, CEO of Silvair, a company creating an environment for the smart lighting. “It’s an open, global, and interoperable standard enabling wire-like reliability even in large, sensor-driven lighting installations. On top of that, you get many exciting value-added services, such as beacons, asset tracking, or indoor navigation.”

“Bluetooth mesh is a significant development for Bluetooth wireless connectivity adding new networks capabilities far beyond the point-to-point and star topologies for which it was originally designed,” says Alf Helge Omre, Business Development Manager at Nordic Semiconductor. “Mesh capability allows Bluetooth to take a giant leap from consumer into industrial applications such as lighting and other implementations that employ tens or even hundreds of nodes over wide areas.

“Nordic has been closely involved in the development of proprietary Bluetooth mesh stacks and has turned that expertise to rapidly bringing a Bluetooth standard-compatible mesh stack to market ahead of competitors,” explains Omre.

“The release of the nRF5 SDK for Mesh on the same day as the official adoption of Bluetooth mesh continues Nordic’s policy of ensuring it makes enhancements of Bluetooth technology immediately available to its developer customers.”

The alpha version of the nRF5 SDK for Mesh is available from www.nordicsemi.com now.