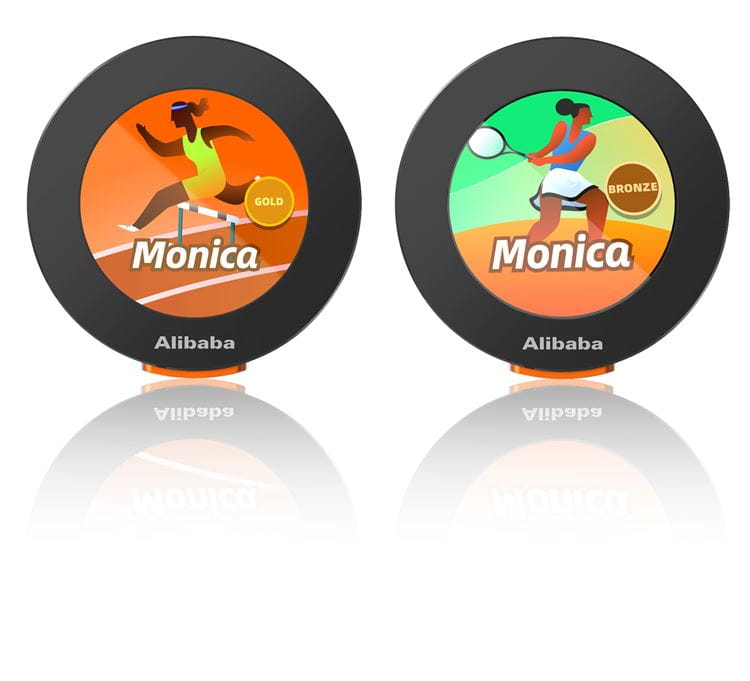 The Nordic nRF52840 SoC-powered Alibaba Cloud Pin allowed wearers to track their steps, connect with friends and customize their own digital nametag

Built on the tradition of exchanging pins and buttons that dates to the first modern Olympic Games in Athens in 1896, the Alibaba Cloud Pin is said to be the first ever digital and Cloud-connected pin, and was distributed to media working at this year’s pandemic-delayed Games in Tokyo.

The Alibaba Cloud Pin features a 30mm transflective LCD screen that acts as a digital name tag and personalized business card, displaying the wearer’s name and unique artwork designs inspired by Olympic events. It also includes a step counting feature enabling users to track their daily activity as they move from venue to venue, as well as encouraging socially-distanced connection as two devices can be touched together at arm’s length to allow users to share their profiles and ‘achievements’ with one another using the Nordic SoC’s Bluetooth LE capability.

The step counter data can be viewed either on the device itself or via the ‘Alibaba Cloud Pin app’ on the user’s Bluetooth 4.0 (and later) smartphone. From the app the wearer can also view the list of people they’ve connected with and compare step counts to create friendly competition. There are also incentives for increased socialization, for instance every time the user adds five new connections they can unlock one new artwork, and they can receive awards for connecting with certain numbers of friends.

The device provides a battery life of 36 hours between recharge, thanks in part to the ultra low power consumption of the Nordic SoC. The nRF52840 has been engineered to minimize power consumption with a fully-automatic power management system that reduces power consumption by up to 80 percent compared with the nRF51 Series.