Nordic Semiconductor’s nRF52 and nRF53 Series multiprotocol SoCs include embedded power supplies. The devices are efficient, able to serve multiple voltage rails and are powering millions of wireless products around the globe. So why has Nordic recently introduced the nPM1100 PMIC, its first discrete power management IC?

The company says the introduction was in part driven by a common customer requirement for an external voltage regulator capable of supplying both the SoC and charging the wireless device’s battery. But it was also driven by the desire to free the company’s analog power supply designers from the restrictions placed on them by having to work on the same piece of silicon that houses a powerful processor and high density memory. The wafer fabrication process node used for the nRF52 and nRF53 Series SoCs places some technical constraints on the power supply design that can be eliminated if that supply is fabricated on separate silicon.

With the nPM1100, Nordic will help its present and future customers to not only wirelessly connect their devices to the Cloud but also power and charge those same devices. The PMIC is designed to be as compact as possible to meet the space constraints of tiny IoT devices. Examples include remote controls, wearables, personal medical devices and portable sensors; these are the types of products where the designer is required to equip the device with a lot of functionality while keeping the product dimensions small.

The nPM1100 incorporates a Japan Electronics and Information Technologies Industries Association (JEITA)-compliant battery charger that can recharge the application’s Li-ion or Li-poly battery-pack with a resistor-selectable charge current from 20 to 400 mA and a selectable termination voltage of 4.1 or 4.2 V. The charger includes battery thermal protection and automatic selection from three charging modes: Automatic trickle, constant current and constant voltage.

The nPM1100 system regulator draws its power from a 4.1 to 6.6 V USB input. (When the USB cable is unplugged, the wireless product’s battery immediately switches from charging to becoming the power source.) The USB connection can supply a 3.0 to 5.5 V unregulated voltage to the application at up to 500 mA output current. The DC-to-DC converter element draws its supply from the system regulator output and can supply up to 150 mA to the wireless product (more than sufficient for typical target applications described above). It can regulate the input voltage down to one of four voltages (1.8, 2.1, 2.7 and 3.0 V) with an efficiency of up to 92 percent. The supply voltage can be selected by the designer by setting two pins on the device high or low (either low/low, high/low, low/high or high/high).

Depending on the application’s requirement, up to 400 mA can be directed to the battery charger. (The application takes priority so if it demands more than 100 mA, the battery charging current will be decreased and the charging cycle time increased.) The charger can boost nominal 3.6 or 3.7 V Li-ion or Li-poly batteries up to the selected termination voltage. The charging regime follows a typical Li-ion profile (trickle charge (if needed) then constant current and finally constant voltage to top up the cell) to ensure there is no damage to the battery during charging. The charging rate is typically 1C (for example, a 400 mAh battery is fully charged in one hour). 2C rates are possible with smaller batteries. The charger offers thermal protection for the battery pack (via a third battery input) providing the battery pack features a negative temperature coefficient (NTC) thermistor. The nPM110’s charger features its own thermal protection which will turn the device off if it gets too hot and then recommence charging at a reduced charging gradient once things have cooled down a little.

The choice of external components for a power supply based on the nPM1100 is influenced by whether the developer is looking for the longest battery life or to design the most compact product.

The nPM1100 achieves high levels of efficiency across a wide load range by employing dual-mode operation: Pulse Width Modulation (PWM) when supplying high currents and hysteretic operation when operating at low current loads. The PMIC automatically switches to the mode that offers the highest efficiency depending on the regulation requirement. However, when the SoC’s radio is operational, the nPM1100 is switched into PWM mode to minimize any electromagnetic interference (EMI).

The designer has the option to trade off some efficiency for a smaller circuit footprint. The PMIC is a wafer level chip scale package (WLCSP) measuring just 2.075 (l) by 2.075 (w) by 0.5 mm (h). The chip has been designed such that it needs few peripheral components, but it does require an external inductor. To obtain maximum efficiency, an inductor about the size of the PMIC itself is needed and the circuitry will take up an area of about 27 mm2 (following Nordic’s reference design). To obtain minimum size, it is possible to choose a smaller inductor and sacrifice some efficiency. (Ultimate efficiency is largely related to the inductor’s series resistance and saturation characteristics.) The result is a circuit measuring around 23 mm2 with an efficiency of approximately 88 percent. (A Nordic whitepaper offering design advice on hardware design and inductor selection for the nPM1100 is available here.)

It’s important to remember that the more efficient circuit could allow the use of a smaller battery - gaining the space back that was sacrificed while still maintaining the longest battery life. Such a solution might also save money too.

Many months can pass between a wireless product’s manufacture and the consumer’s purchase; during this time, it’s important the battery does not fully discharge because if it falls below a critical low voltage threshold it can be degraded or even ruined. Moreover, airline regulations require battery powered products to put into a low power consumption state before carriage. It’s also useful for consumers to be able to unbox the product and immediately switch it on without having to charge first. The nPM1100 can be switched to a low current consumption ‘ship mode’ to help meet these requirements.

When put into ship mode, the nPM1100’s current consumption is 470 nA. Some competitive devices
boast ship mode currents as low as 10 nA; that sounds advantageous but becomes much less important when compared with a Li-ion cell’s self discharge current. The batteries self discharge at a rate of around three percent per month. For a cell in a typical wearable that equates to a current of 6 to 7 μA, far more significant than the PMIC’s own ship mode current. 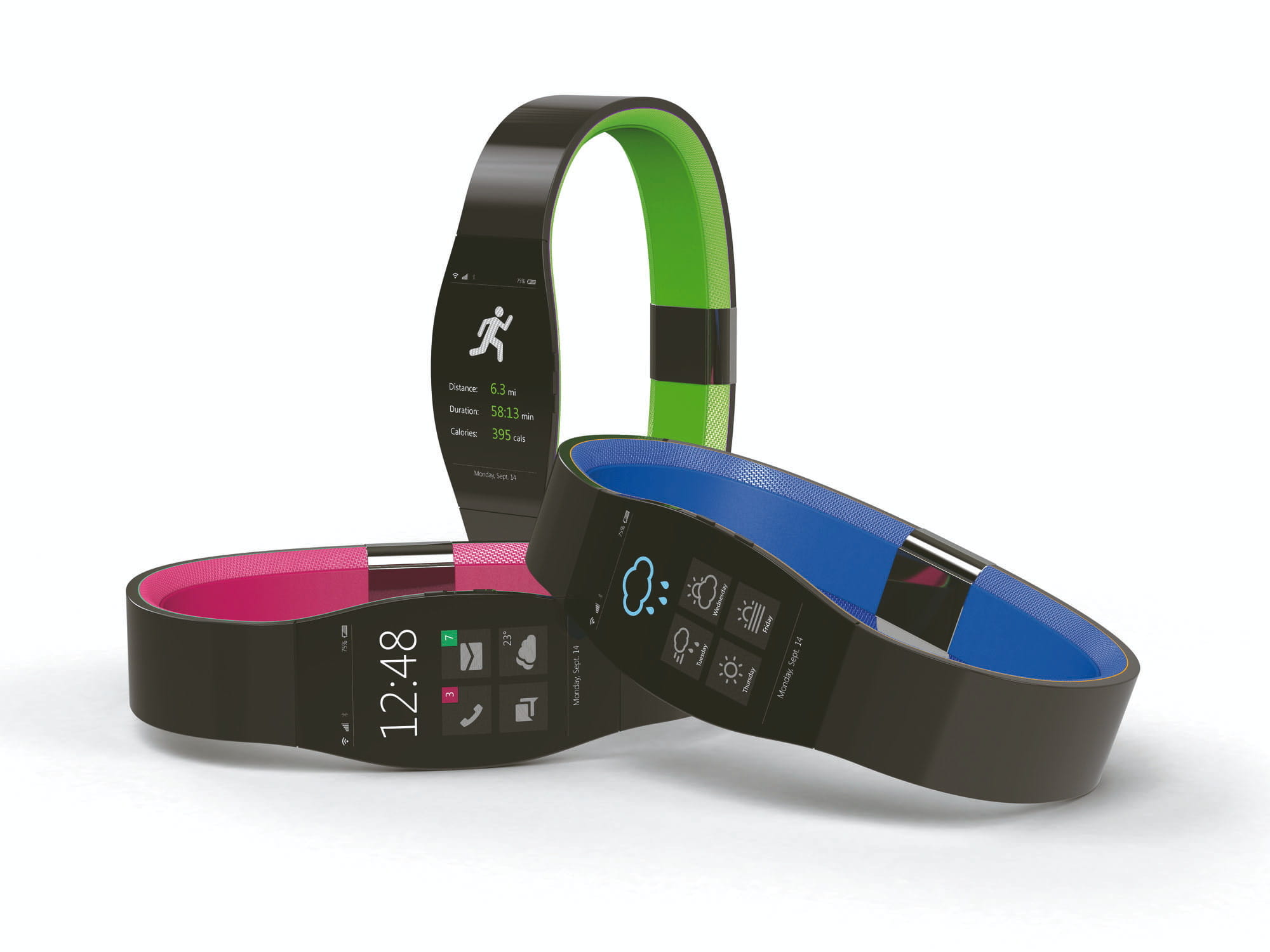 For example, consider a wearable with its battery charged to 50 percent before the product is switched to ship mode; after six months, the product fitted with the Nordic PMIC would have discharged to about 30.6 percent capacity. In comparison, the product fitted with the competitive device will have around 31.9 percent of its capacity remaining. The difference is irrelevant to the consumer. What is important to them is how long their wearable will run between charges, and that is determined by how efficiently the PMIC goes about its job when the wearable is in normal use.

The nPM110 PMIC is just the first product in Nordic’s PMIC range. Further chips are planned, with unique system management features that aren’t available on competitive products. The introduction of these features will make it easier and less expensive to design highly-functional portable wireless products.

Another product in Nordic’s PMIC range is targeted at non-rechargeable batteries such as the coin cells used in many wireless consumer products and IoT sensors. The device will ensure that the maximum possible energy is extracted from the battery, extending usable life and aiding sustainability by reducing the number of replacement batteries needed over the life of the wireless product. The PMIC design includes both step down (buck) and step up (boost) capability to extract the last of the capacity when the battery’s output voltage has dropped. Nordic’s PMICs for non-rechargeable cells will not need to include the charger element.

With the nPM1100, Nordic will help its present and future customers to not only wirelessly connect their devices to the Cloud but also power and charge those same devices