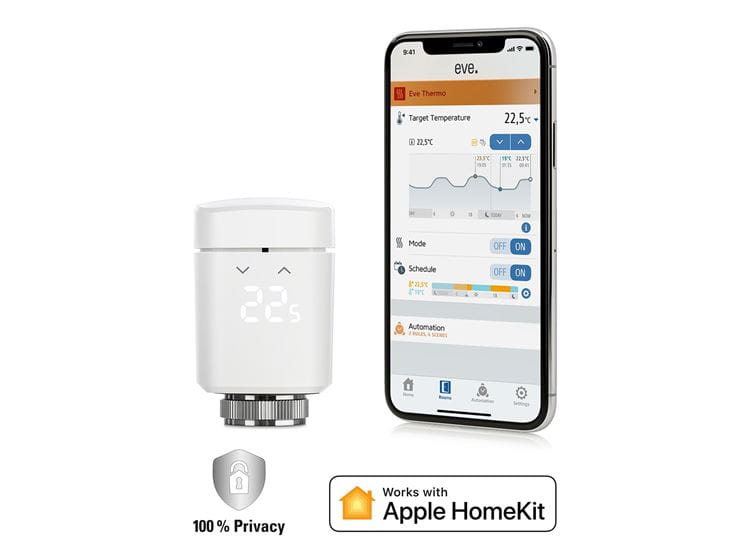 “The use of Thread in addition to Bluetooth LE in Apple HomeKit will improve the user experience and options and so it will really benefit people who use the Home app and Siri on their Apple devices,” comments Nordic Product Manager for Short Range IoT, Pär Håkansson. “And the smart home has seen a resurgence of interest this year because Covid-19 has meant many people spending a lot more time at home than before and so smart home devices are taking on much more importance and relevance.”

“The smart home market is at a tipping point and changing rapidly,” adds Eve Systems CEO, Jerome Gackel. “And support for HomeKit over Thread takes the entire Eve platform to the forefront of smart home innovation. We’re thrilled to be among the first to bring this cutting-edge smart home technology to HomePod mini users’ homes. Working closely with Nordic Semiconductor has enabled us to bring Thread support to our Eve accessories very fast – for a scalable, robust and sustainable smart home experience.”

Thread positions itself as solving the complexities of the IoT by addressing interoperability, security, power, and architecture requirement challenges. It is a low-power wireless mesh networking protocol based on the universally supported Internet Protocol (IP), and built using open and proven standards. Thread claims its developer friendly IP foundation is application layer agnostic, offering product manufacturers the flexibility to choose one or multiple app layers for their use case to connect devices across multiple networks.

Thread also says its networks have no single point of failure and include the ability to self-heal. As a result, Thread networks are said to simple to set up and use, and can auto-reconfigure when a device is added or removed. And Thread also says it ensures end-to-end communication – device-to-device, device-to-mobile, and device-to-cloud – reliably and securely connecting hundreds, and even thousands, of products.

With growing demand for interoperability and coexistence, Thread’s cross-industry membership is said to believe in networking technologies that support IP as a point of convergence for the IoT industry. Prime home IoT target applications for Thread include: home automation, appliances, access- and climate-control, safety, lighting, healthcare, and security systems.