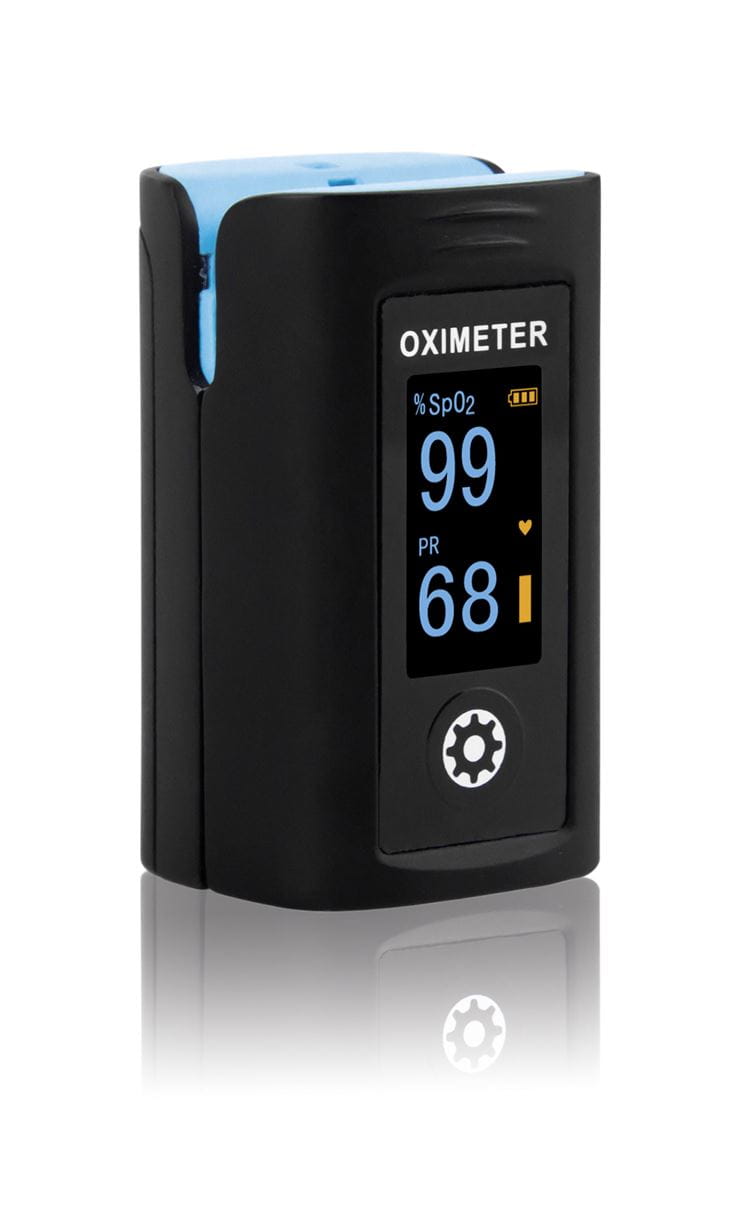 The PC-60F is a Bluetooth LE fingertip pulse oximeter designed for use in hospitals, clinics, and at home, that uses propietary algorithms and non-invasive optics to accurately measure an individual’s current oxygen saturation (SpO2), pulse rate (PR), and perfusion index (PI). SpO2 is an important physiological parameter reflecting respiration and ventilation function, while PI is a measure of blood flow through the small vessels of the extremities of the body. Together the measurements provide medical practioners with key insights into the health status of patients with serious respiratory disease, those under anesthesia during operation, and premature babies, for example.

The fingertip oximeter employs two AAA alkaline batteries to support up to 36 hours of continuous working time, thanks in part to the low power characteristics of the Nordic SoC, as well as the ability for the device to automatically power on/off when a patient’s finger is inserted and removed. The nRF52810 has been engineered to minimize power consumption with features such as the 2.4GHz radio’s 4.6mA peak RX/TX currents and a fully-automatic power management system that reduces power consumption by up to 80 percent compared with Nordic’s nRF51 Series SoCs.

“Nordic’s prompt technical support was incredibly valuable during the product development and testing process. We encountered a tricky communication problem during the development process but with Nordic’s assistance we were able to resolve the issue within two days.”