Nordic Semiconductor has been elevated to the Connectivity Standards Alliance (“the Alliance”) Board of Directors and added as a Promoter Member, the highest level of membership.

Joining the board and promoter membership allows Nordic to further influence the development of the Alliance’s standards such as Matter. With Matter emerging as an industry-changing standard for smart home device interoperability, Nordic is now even better positioned to play a highly significant and pivotal role in the continued development of the engineering specification and its promotion.

“Nordic joins the Alliance Board at a pivotal time in our twenty-year history as we are on the cusp of unveiling the Matter 1.0 standard with its interoperable, open, simple, and secure promise to transform the Connected Home and beyond,” said Tobin Richardson, President and CEO of the Connectivity Standards Alliance. “They have been an integral part of its development and we look forward to their enhanced participation and leadership as we change the game from silicon to storefront for the entire IoT ecosystem.”

Nordic joins the Alliance Board at a pivotal time in our twenty-year history as we are on the cusp of unveiling the Matter 1.0 standard

“The Alliance’s important work to specify and introduce Matter will ensure interoperability between smart home devices and dramatically accelerate mainstream adoption of smart home technologies. This is why over 200 companies, including Nordic Semiconductor and the largest players in the smart home equipment sector, are enthusiastically backing this initiative,” says Pär Håkansson, Nordic’s Product Director – Short Range Wireless.

“Nordic is an enthusiastic advocate of open standards for the IoT and backs them with engineering resources to help push them into mainstream adoption. In the case of Matter, Nordic has played a major role in the initiative since the very beginning, and we are now very excited to be elected to the Board of Directors as it allows us to work even closer with the Alliance to ensure Matter is a big success.” 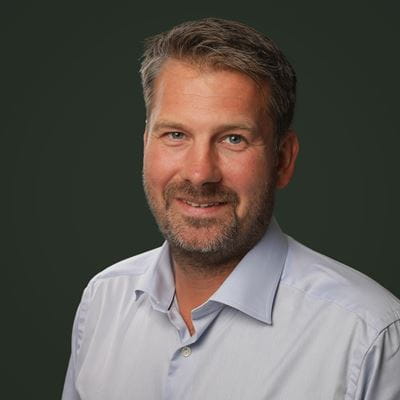 The CSA’s mission is to encourage creativity and collaboration by developing, evolving, and promoting universal open standards that enable all objects to securely connect and interact. The Alliance says it is “striving for a world where the IoT enables all objects to work together to enhance the way we live, work, and play”.

Matter is a connectivity standard that forms a common language to bring together disparate ecosystems and enables smart devices from different makers to work in harmony. The standard works by building on top of the existing smart home wireless connectivity technologies Thread, Wi-Fi®, Bluetooth® LE, and the Ethernet wired protocol by providing a unifying application layer. Matter gives manufacturers a common data model that guarantees compatibility and interoperability between their products. An open-source implementation of the standard is now available.

Nordic was an early backer of Matter, dating back to its earliest form as Project CHIP. Today, of the 200-plus companies involved in the standard, Nordic is one of only nine companies whose engineers can make changes to Matter’s implementation on the code repository GitHub.

Nordic customers are actively developing Matter-compliant devices today using the company’s nRF52840 and nRF5340 Systems-on-Chip (SoCs), which support Thread and Bluetooth LE. And with the company’s recent expansion into Wi-Fi, products such as the nRF7002 as well as future Wi-Fi ICs will also support Matter. Nordic has also integrated the latest Matter development tools into its nRF Connect SDK (software development kit).