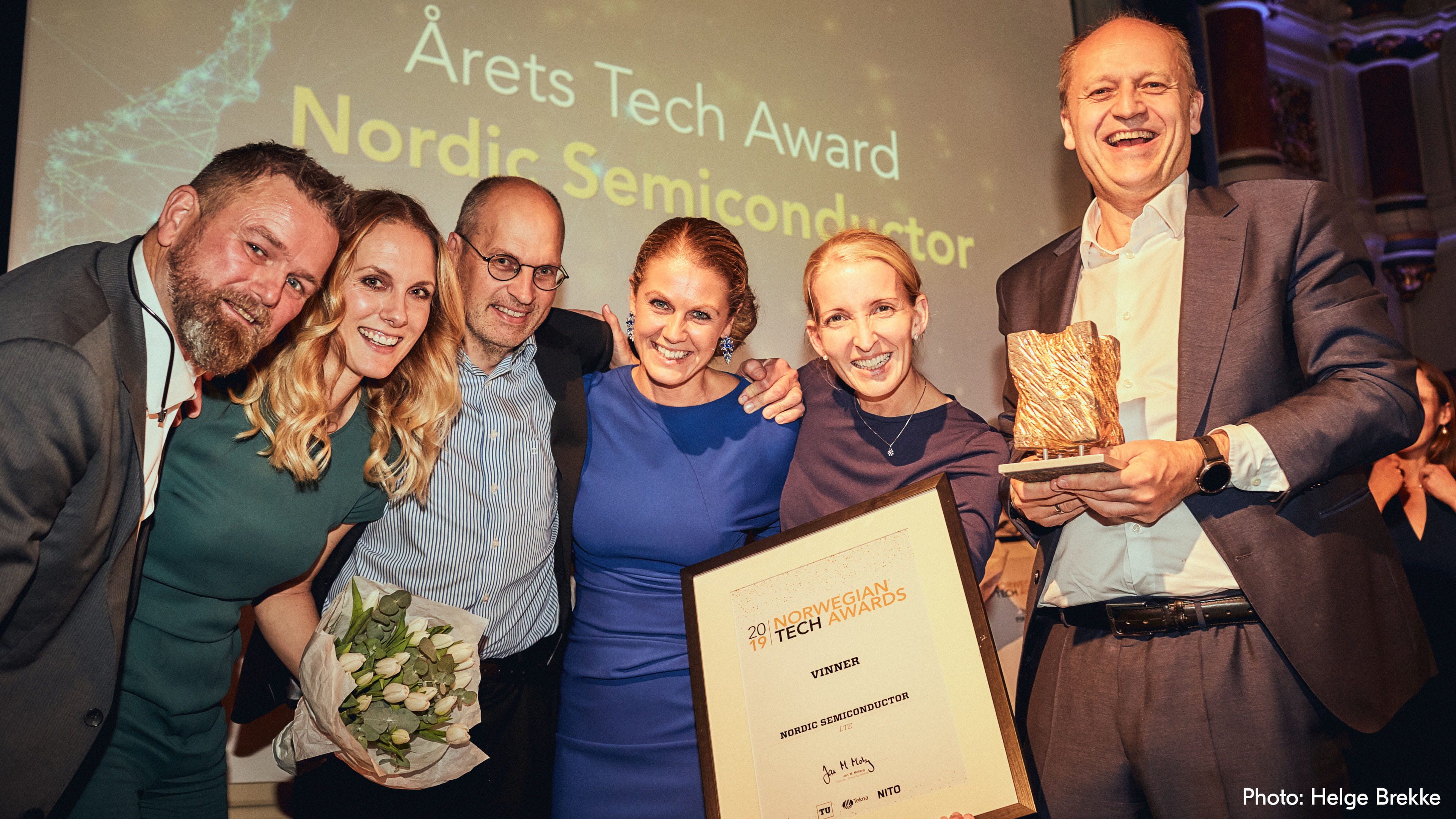 Nordic, with its nRF9160 SiP with integrated LTE-M/NB-IoT modem and GPS, is recognized as a leader in wireless technology and awarded the main prize in top Norwegian national tech competition

Svein-Egil Nielsen, Nordic Semiconductor
The main prize in the Norwegian Technology Awards is granted to the company that “presents a good engineering solution, project or breakthrough on a technological or societal problem over the past 12 months. The technology or solution must be developed primarily in Norway and documented with at least one demo/prototype or delivery completed”.
The jury said that the prize was awarded for the nRF9160 SiP (launched in December 2018) and also in recognition of Nordic’s leading market position in Bluetooth LE, noting that the company gained between 40 and 50 percent of the world market (measured by end application certifications for the technology) for its nRF51 and nRF52 Series Systems-on-Chip (SoCs). According to the jury, the key to this success was Nordic’s focus on minimizing power consumption and making it easy for developers to access the company’s technology. The jury also noted that Nordic’s customer support was exemplary, and the company had now extended its development and support strategy to the nRF9160 SiP during its commercialization phase.
“While I was privileged to collect this prestigious national award on behalf of Nordic Semiconductor I am just a representative of the entire staff at the company without whom the nRF9160 SiP would not have existed,” says Svein-Egil Nielsen. “This product represents over four years of very hard work for Nordic’s engineering and support teams and is now starting to see commercial success. For our cellular IoT product to be recognized for its cutting-edge technology by a highly-qualified independent jury shows exactly how good a job the company’s staff have done.”
“But we won’t get carried away by this award,” continues Nielsen. “Nordic’s engineers are the best in the world and our team will go back to work early tomorrow to ensure our customers continued to be delighted. We have great faith in the commercial prospects for the nRF9160 SiP but also have many new exciting wireless products in the development pipeline.”
SHARE