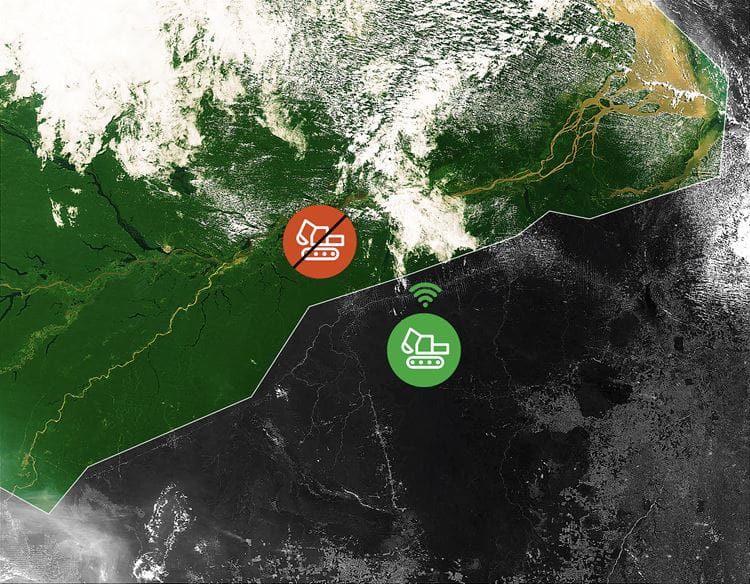 Nordic Semiconductor today announces that ‘Code of Conscience’, an initiative that hopes to help Non Governmental Organizations (NGOs), governments and communities around the world monitor and restrict the use of heavy-duty vehicles in protected land areas, is using the Nordic Thingy:91 multi-sensor cellular IoT prototyping platform to demonstrate its Proof-of-Concept (PoC) design. Protected areas are essential for biodiversity conservation and for the continued existence of culturally rich local communities. Today, despite its protective status, one third of the world’s land reserves are under threat from human activity.
The Code of Conscience PoC was launched in September 2019 by a collective of designers, engineers, and content creators led by global experience agency AKQA. To protect against illegal deforestation, open-source software uses publicly available cached and compressed mapping data—updated monthly by NGOs, governments, and local communities—in conjunction with existing GPS tracking technology installed in construction vehicles, to autonomously restrict crews from entering protected zones. These zones are determined by the United Nations World Database on Protected Areas.
The open-source software provides the GPS-based geofence capabilities which interlock with the fuel pump systems of the machinery, enabling automatic shutdown if the equipment moves into a restricted area. Integrated cellular connectivity enables notifications and audits of the machinery’s position during normal operation, and also provides a method of updating map data. A small, low-cost chip has also been developed to equip older, non-GPS vehicle models with the same code.

The Nordic Thingy:91 is a terrific out-of-the-box solution to set the stage for a more custom device.

“We made the Code of Conscience open source because we wanted to be transparent about how simple this initiative is from a technology standpoint,” says Tim Devine, Executive Creative Director at AKQA (Australia and New Zealand). “The sociopolitical challenges of implementing this at scale are the most urgent to solve. Many of the regions where the Code of Conscience will be useful have complex sociopolitical conditions with extreme environmental variation.”

The Code of Conscience is looking to build key partnerships that will help accelerate the transition from PoC to adoption. “Through pilot programs we’re aiming to develop a methodology to deploy the Code in a myriad of contexts,” says Devine.

The collaborative is currently working with NGOs, governments, and local communities to pilot a project in the Amazon. For the pilot, the Nordic Thingy:91 is being used to track forestry and agriculture vehicles, both on land and water.

The Nordic Thingy:91 is an easy-to-use prototyping platform for cellular IoT using LTE-M, NB-IoT and GPS, ideal for creating PoC demos and prototypes. It is built around the nRF9160 System-in-Package (SiP) and is certified for a broad range of LTE bands globally, meaning it can be used just about anywhere in the world. Cellular connectivity alongside GPS positioning makes it ideal for sophisticated asset tracking solutions. The Nordic Thingy:91 also integrates an nRF52840 advanced multiprotocol System-on-Chip (SoC) that offers, for example, the option of adding Bluetooth Low Energy (Bluetooth LE) connectivity to project ideas. It also comes complete with a global use SIM card from iBasis.

Tekt Industries, a Melbourne, Australia-based technology company, developed the original hardware for Code of Conscience based on Thingy:91. The company provided the hardware necessary to support the GPS and cellular IoT functionality for geofencing as the basis for a viable solution.

“The Nordic Thingy:91 is a terrific out-of-the-box solution to set the stage for a more custom device,” says Matthew Adams, Lead Engineer, Tekt Industries. “Given the remote installation and potential support issues with the hardware, the Nordic Thingy:91 was a natural choice as a proven low-risk technology which could easily be taken up by OEM partners and effortlessly integrated into their machinery.

“The prototyping platform supports IoT standards like LTE-M, NB-IoT and GPS, making it possible to rapidly develop deployment methodologies, research sociopolitical barriers, and collaborate with one of the most innovative companies accelerating a wireless future.

“Nordic are leaders in ultra-low power wireless technology. The ready-to-go robust hardware along with the detailed support materials helped to get this project off the ground quickly, while shared values as a company make it a great fit.” 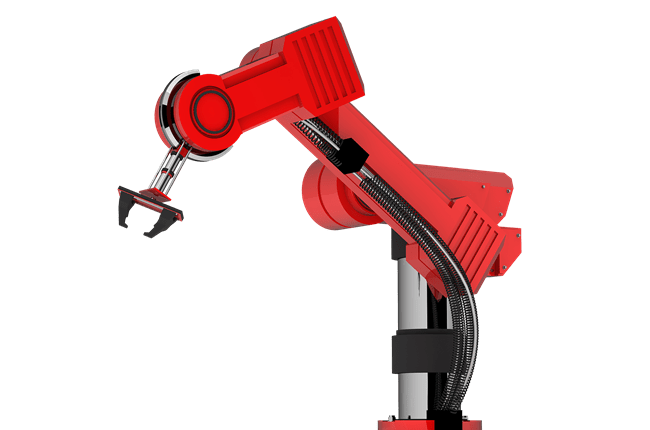