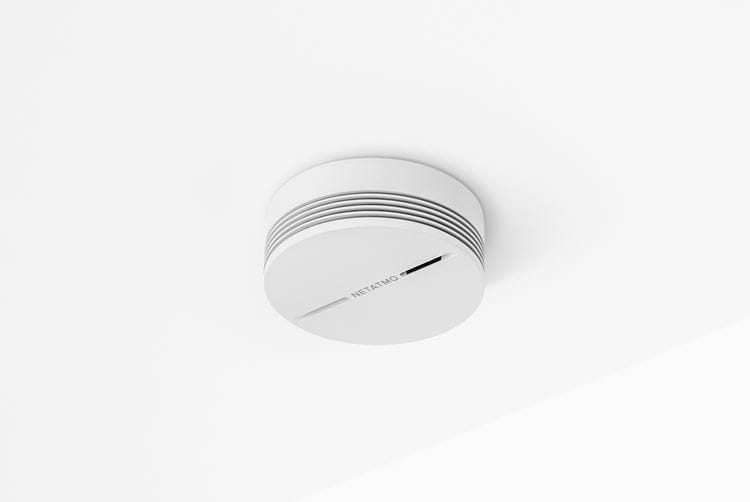 Nordic Semiconductor today announces that the leading French smart home company, Netatmo, has selected Nordic’s nRF52832 System-on-Chip (SoC) to provide the Bluetooth® Low Energy (Bluetooth LE) wireless connectivity for its Smart Smoke Alarm. The Netatmo Smart Smoke Alarm triggers an alarm of 85dB and sends a real-time alert to a user’s smartphone. It also indicates in which room the smoke is detected.

Once installed, the Smart Smoke Alarm can be paired to the user’s Bluetooth 4.0 (and later) smartphone or tablet using Bluetooth LE wireless connectivity provided by the Nordic SoC. From the Netatmo Security app the user can review the status of one or more Smart Smoke Alarms, set up sound test reminders, as well as check when the unit last self-checked its battery, smoke sensor, and Wi-Fi connection. The user can also use the Smart Smoke Alarm ‘Hush’ feature to silence the alarm directly from their smartphone. Compatible with Apple HomeKit, the device can be also be voice controlled via Apple’s Siri. Users can ask the voice assistant if there is smoke in the home or if the device’s batteries are working properly.

The Smart Smoke Alarm is powered by two non-replaceable lithium batteries with a 10-year lifespan, which covers the entire service life of the device. Battery life is enhanced by the nRF52832 SoC’s design which minimizes power consumption with features such as the 2.4GHz radio’s 5.5mA peak RX/TX currents and a fully-automatic power management system that reduces power consumption by up to 80 percent compared with Nordic’s nRF51 Series SoCs.